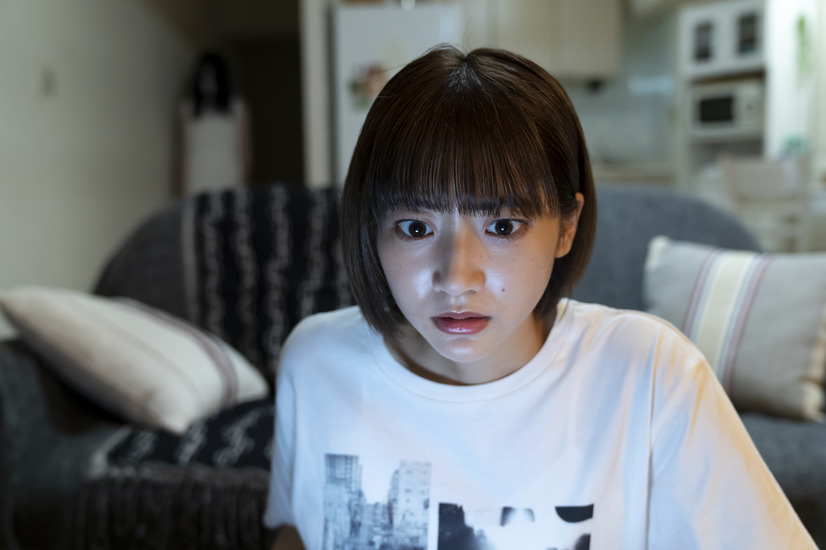 Main trailer and poster added for horror film “Shin Samejima Jiken” starring Rena Takeda. The film takes place during an online meeting, when one of the participants does not appear. Meanwhile, the movie’s theme song has been announced, which is “Tsugumu” by Riko Shimizu. Riko Shimizu is a member of idol group Niji no Conquistador. Theme song “Tsugumu” also appears in the main trailer.

Plot Synopsis by AsianWiki: Nana (Rena Takeda) and her friends from her high school days decide to hold an online meeting, but Ayumi does not appear at the meeting. Suddenly, Ayumi’s boyfriend appears on the computer screen and shouts “Are you the ones who went there with her? Because of you, Ayumi …” He then shows Ayumi in her room, dead.