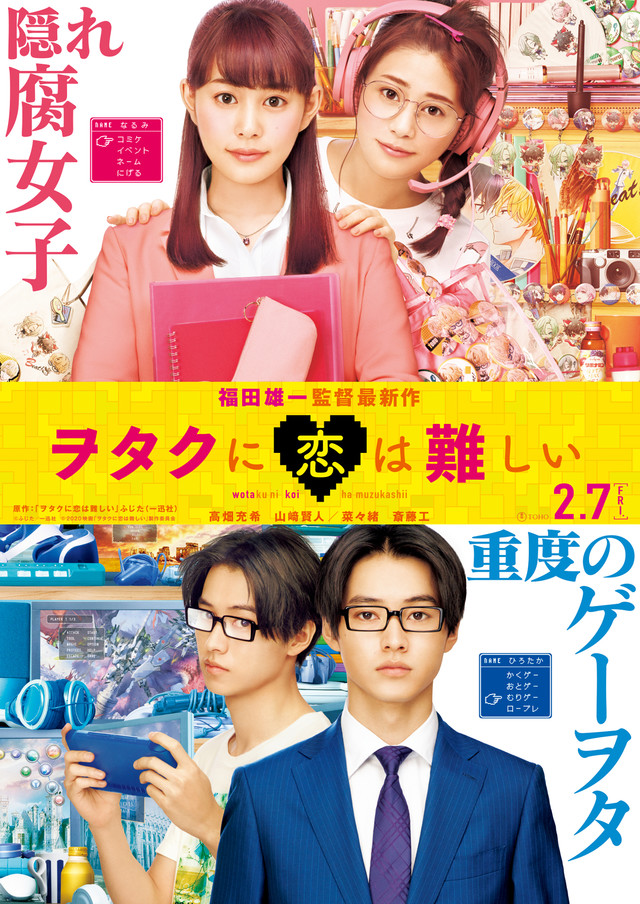 Main trailer for movie “Wotakoi: Love is Hard for Otaku” starring Mitsuki Takahata and Kento Yamazaki. Movie is based on webcomic “Wotaku ni Koi ha Muzukashii” by Fujita. Meanwhile, famous Japanese music producer and composer Shiro Sagisu will take part in the film for its musical soundtrack. As a cherry on top, lead actors Mitsuki Takahata and Kento Yamazaki also perfroms a song for the movie and that song appears in the trailer.

“Wotakoi: Love is Hard for Otaku” will be released February 7, 2020 in Japan.