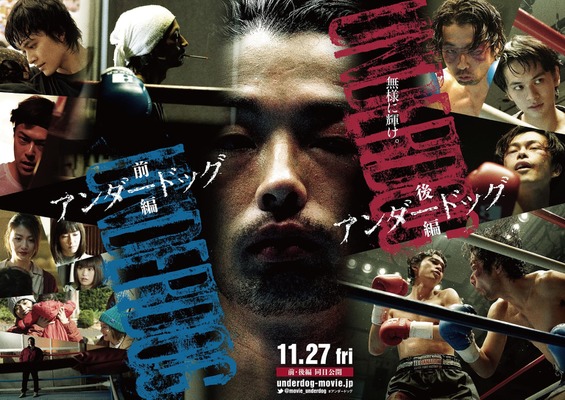 Plot Synopsis by AsianWiki: “Underdog” follows three boxers who are all underdogs. Akira Suenaga (Mirai Moriyama) is a boxer, who struggles to succeed as a boxer. Ryuta Omura (Takumi Kitamura) is a young boxer, who grew up in an orphanage. Shun Miyagi (Ryo Katsuji) challenges a boxer, following the plans of a TV program.