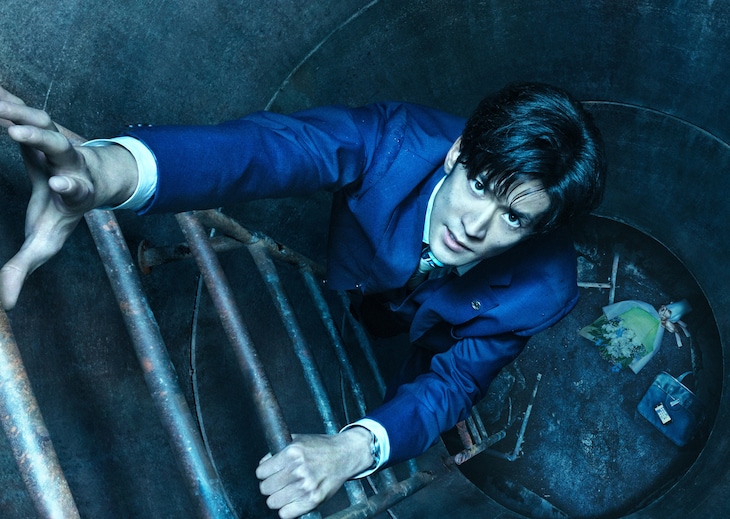 Main trailer added for movie “Manhole” starring Yuto Nakajima. Movie is scripted by Michitaka Okada (“Masquerade Hotel“) and directed by Kazuyoshi Kumakiri (“My Man“). Newly announced to play major supporting characters roles in the film are Nao and Kento Nagayama. In the movie, Nao will play Mai Kudo. She is the ex-girlfriend of main character Shunsuke Kawamura played by Yuto Nakajima. Shunsuke Kawamura finds himself in quite a pickle, when he falls into a manhole after walking home drunk from a surprise party thrown for him. He is supposed to get married the next day. Kento Nagayama will play Etsuro Kase. He is a co-worker of Shunsuke Kawamura.

Plot Synopsis by AsianWiki: Shunsuke Kawamura (Yuto Nakajima) works for a real estate company. He is usually first at first when it comes to sales. He is respected by his boss and colleagues. Shunsuke Kawamura is also set to marry the daughter of the CEO of his company. His life is going great by every metric one can think of. On the day before his wedding, his colleagues hold a surprise party for him. On his way home from the party, Shunsuke Kawamura falls into a deep manhole. When he wakes up, it is late at night and he struggles to get out of the manhole. His wedding is also fast approaching.