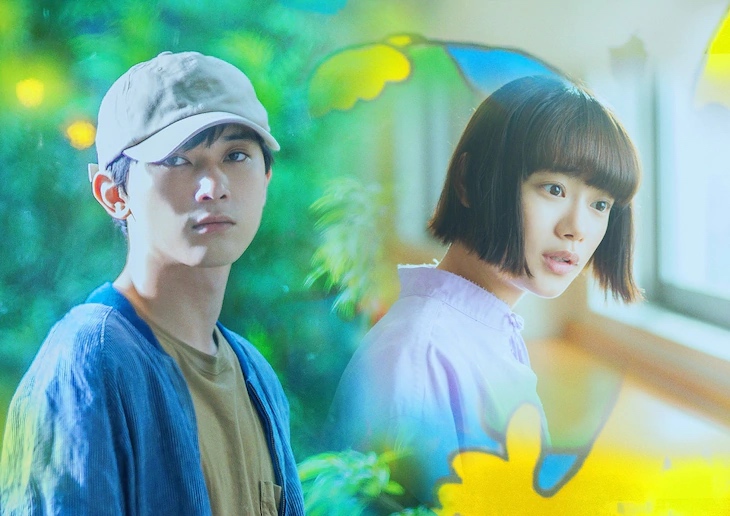 Main trailer added for movie “Blue, Painful, and Brittle” (literal title) starring Ryo Yoshizawa & Hana Sugisaki. The film is based on 2018 novel “Aokute Itakute Moroi” by Yoru Sumino (“Let Me Eat Your Pancreas“) and directed by Shunsuke Kariyama. The main trailer begins with Hana Sugisaki stating “The world can be changed.”

Meanwhile, the movie’s theme song has been revealed, which is “Yumemigusa” by rock band Blue Encount. The theme song is featured in the main trailer.

Plot Synopsis by AsianWiki: Kaede Tabata (Ryo Yoshizawa) is a university student with poor social skills. He meets Hisano Akiyoshi (Hana Sugisaki), who attends the same university. She seems to lack common sense and is also an idealist. She talks about ending wars and having no more bullies. Kaede Tabata & Hisano Akiyoshi have different personalities, but they are both outsiders. For their goal to change the world, they decide to make a secret club Moai. One day, Hisano Akiyoshi suddenly disappears. Their secret club Moai also changes. Moai becomes a club for job finders and the club gets larger. Kaede Tabata decides to leave the club, but he then decides to take back Moai for its original mission, dreamt up by himself and Hisano Akiyoshi.