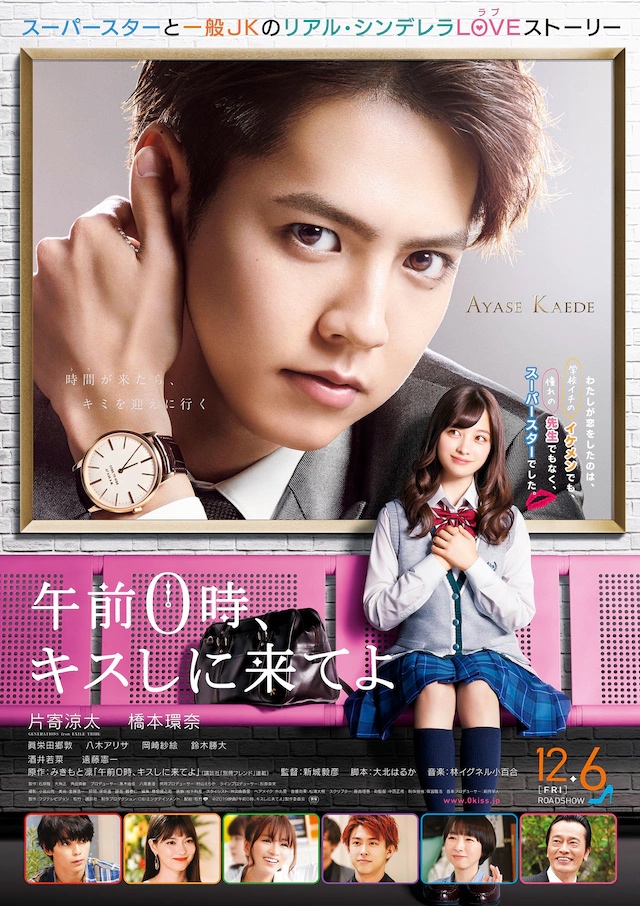 Main trailer added for live-action film “Kiss Me at the Stroke of Midnight” starring Ryota Katayose and Kanna Hashimoto. Movie is based on manga series “Gozen 0 ji, Kiss Shi ni Kite yo” by Rin Mikimoto and directed by Takehiko Shinjo. Meanwhile, the movie’s theme song has been revealed which is “One in a Million: Kiseki no Yoru ni” by GENERATIONS from EXILE TRIBE. Lead actor in the film, Ryota Katayose is a member of GENERATIONS from EXILE TRIBE. The song “One in a Million: Kiseki no Yoru ni” is played in the main trailer. Below are four new still images from the movie.

“Kiss Me at the Stroke of Midnight” will be released December 6, 2019 in Japan.