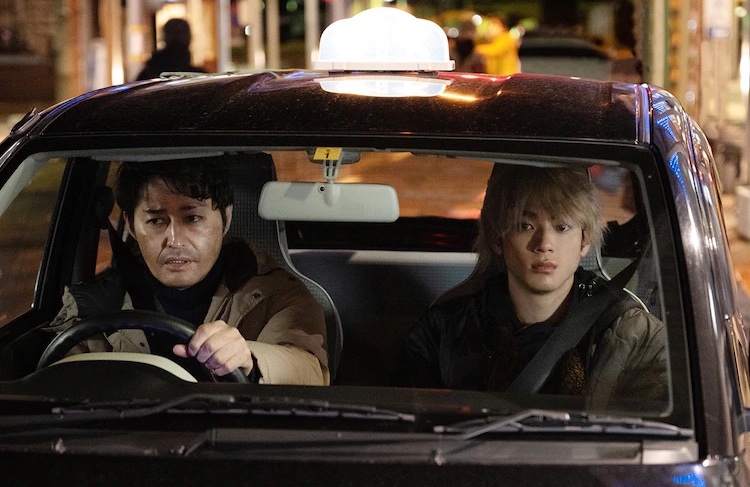 Ken Yasuda and Yuki Yamada are cast for lead roles in movie “Hazard Lamp.” The film is scripted by Masashi Shimizu (“461 Days of Bento“) and directed by Hideo Sakaki (“Alley Cat“). The film was shot in Fukui Prefecture. The script will follow two drivers for hire over a one night period.

“Hazard Lamp” will be released sometime next year in Japan.

Plot Synopsis by AsianWiki: Sugai (Ken Yasuda) works as a hired car driver for people unable to drive their car homes after drinking. He lives in a small peaceful town. One night, a female middle school student was kidnapped and her kidnapper was never caught. Now, rookie driver Kariya (Yuki Yamada) becomes a partner with Sugai. They deal with different drunk customers over a period of one night. Their pasts are revealed in the process.