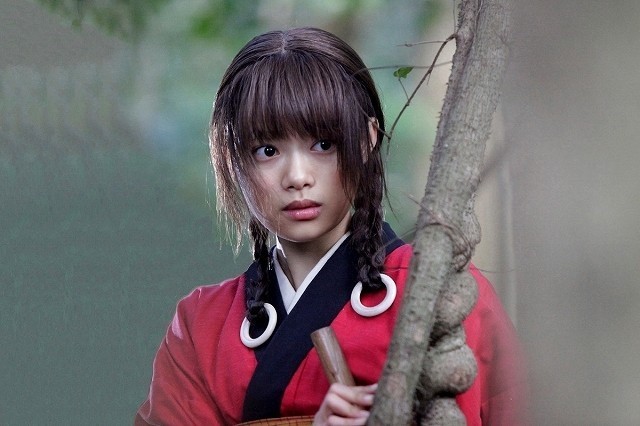 In live-action film “Blade of the Immortal,” Hana Sugisaki plays lead female character Rin Asano. Her parents are killed by the swordsmen group “Itto ryu” and she decides to take revenge on them. She requests the help of Manji (Takuya Kimura) to be her guard.