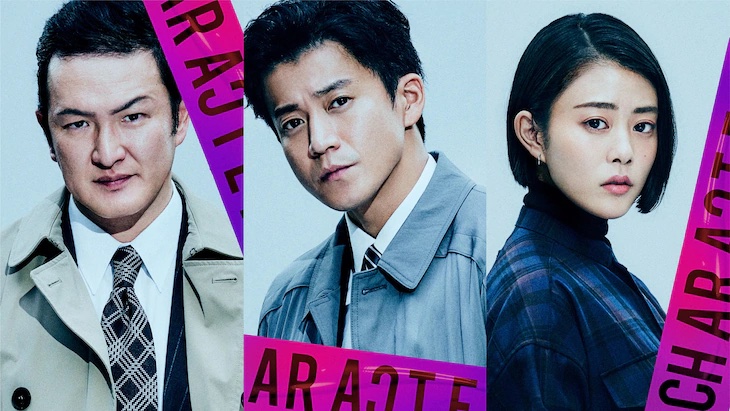 Shun Oguri, Mitsuki Takahata, & Shido Nakamura are cast for supporting roles in movie “Character” starring Masaki Suda & Fukase. In addition, the first teaser trailer for the movie has been added on AsianWiki. For the supporing character roles. Shun Oguri plays Shunsuke Seida. He is a detective and learns that a murder took place on a mountain path is similar to what happened in Keigo Yamashiro’s manga “34.” Mitsuki Takahata plays Natsumi Kawase. She is the girlfriend of manga artist Keigo Yamashiro. Shido Nakamura plays Kota Makabe. He is also a detective and the boss of Detective Shunsuke Seida.

Plot Synopsis by AsianWiki: Keigo Yamashiro (Masaki Suda) aspires to become a popular manga writer. He has a natural gift for drawing, but, due to his nice personality, he has problems creating villain characters. Because of this, Keigo Yamashiro seems stuck as a manga writer’s assistant. Following a request by his manga master, Keigo Yamashiro visits a home to sketch a happy family. There, Keigo Yamashiro discovers four dead members of the family and an unknown man.

Keigo Yamashiro lies to the police that he did not see the murderer. He then begins to draw the murderer as a villain in his manga “34.” The manga is a hit and Keigo Yamashiro achieves popularity as a manga writer. Meanwhile, cases similar to incidents found in his 34 manga occur in real life. The murderer then appears in front of Keigo Yamashiro.