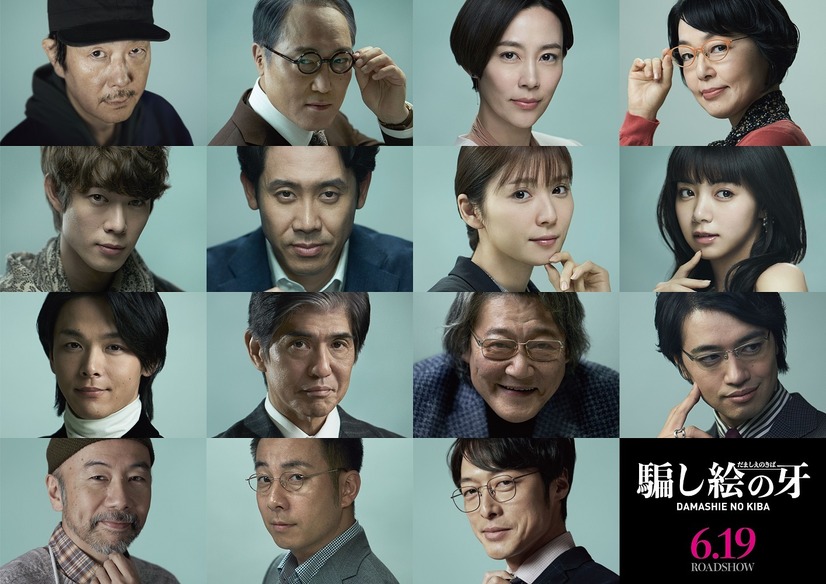 Character trailer and new poster added for movie “Kiba: The Fangs of Fiction” starring Yo Oizumi, Koichi Sato, & Mayu Matsuoka. The film is based on novel “Damashie no Kiba” by Takeshi Shiota and directed by Daihachi Yoshida (“The Kirishima Thing“). The auther Takeshi Shiota has stated he wrote the story with the idea of Yo Oizumi playing the lead male character.

Plot Synopsis by AsianWiki: Teruya Hayami (Yo Oizumi) works as the chief editor of a magazine. He is an attractive man who talks wittily. One night, his boss gives him a hint that the magazine will be discontinued. Teruya Hayami struggles to save the magazine.