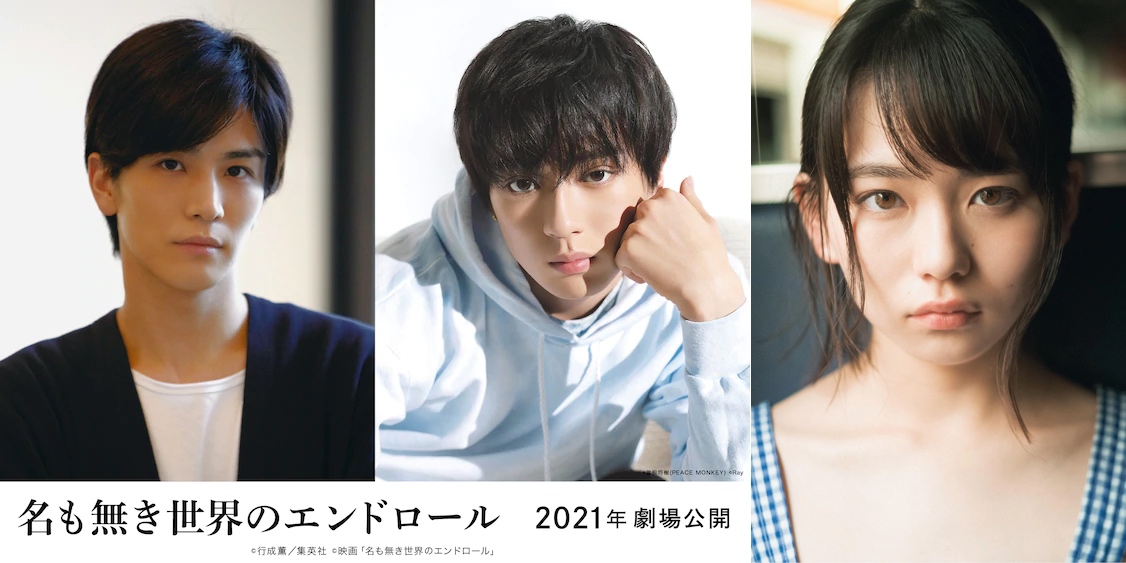 Anna Yamada is cast in movie “End roll of the world Nameless” (literal title) co-starring Takanori Iwata & Mackenyu Arata. Anna Yamada will play Yocchi in the film. She has been friends with Kida (Takanori Iwata) and Makoto (Mackenyu Arata) since they were children. She was also bullied in her past and carries psychological wounds from that. The 3 friends promised to stick together, but Yochhi had to leave Kida and Makoto. Movie is based on 2013 novel novel “Na mo Naki Sekai no End Roll” by Kaoru Yukinari.

“End roll of the world Nameless” will be released sometime next year in Japan.