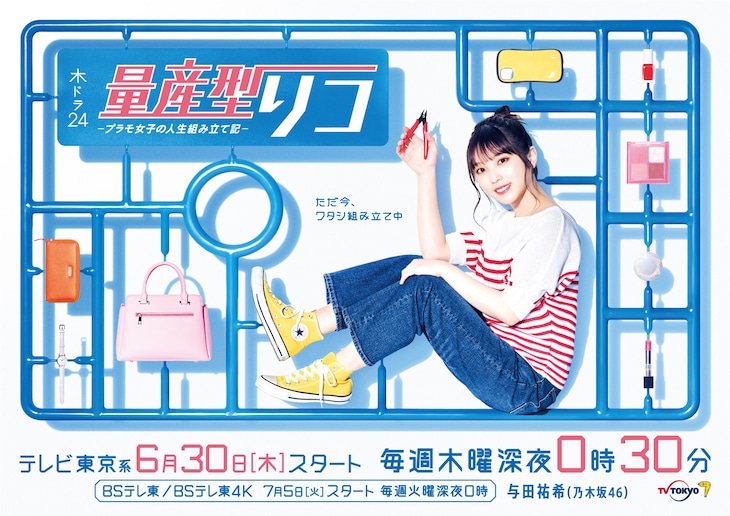 Yuki Yoda from Nogizaka46 is cast for the lead role in TV Tokto drama series “Ryosangata Riko.” The drama series features an original screenplay about a young woman who becomes interested in making plastic models. Yuki Yoda will play main character Riko Komukai. She grows into an adult with her new found hobby.

Plot Synopsis by AsianWiki: Riko Komukai (Yuki Yoda) is a young single woman and works for an event planning company. She is considered average in regards to her personality and appearance. One day, her co-worker mentions person of a mass production model. Yuki Yoda asks herself if she could be such a person for a mass production model and she answers her question affirmatively. Around this time, she happens to see plastic model Zaku at a neighborhood store. Zaku is a robot from TV anime series Mobile Suit Gundam. She becomes interested in plastic models and challenges herself to make her first plastic model.