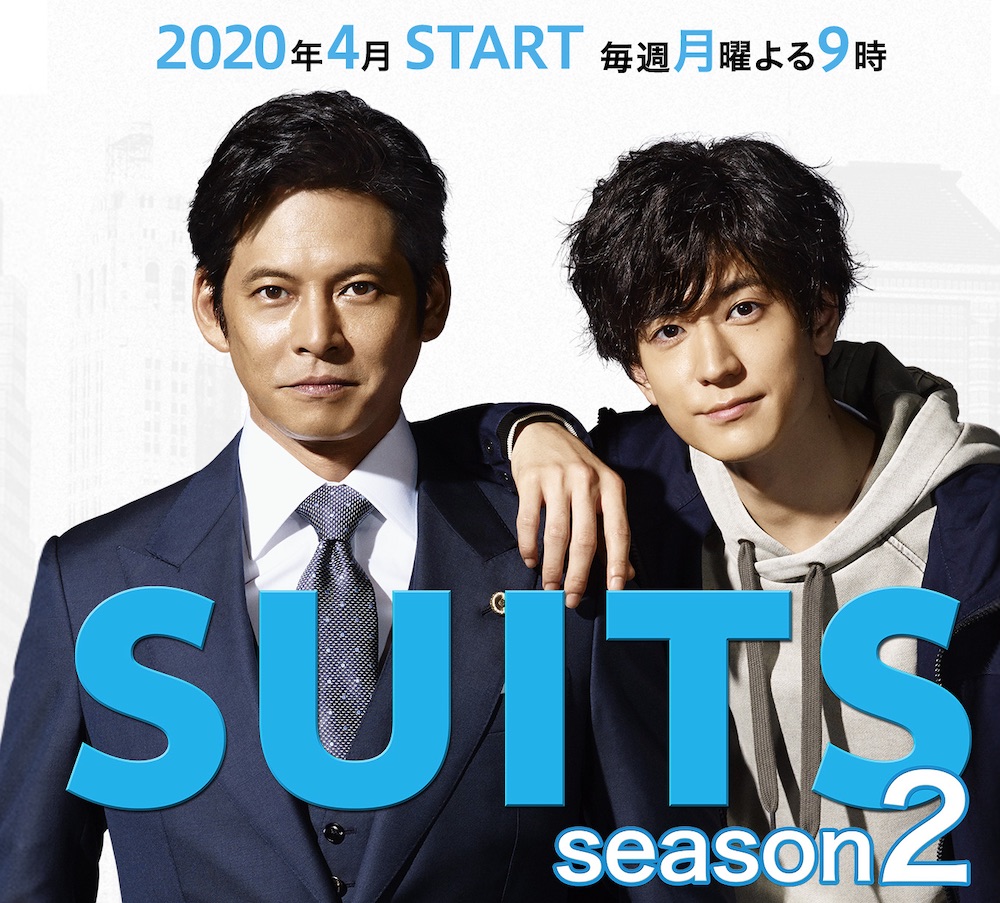 Yuji Oda and Yuto Nakajima (‘Hey! Say! JUMP’) are cast in Fuji TV drama series “Suits Season 2.” The drama series is a remake of U.S. cable TV series “Suits Season 2,” which aired on USA Network from June 14, 2012 to February 21, 2013. Yuji Oda and Yuto Nakajima will reprise their respective characters of Shogo Kai and Daiki Suzuki from season 1 of “Suits.”

Plot synopsis by AsianWiki: Shogo Kai (Yuji Oda) is a partner at a law firm in Marunouchi, Tokyo. He brings back Daiki Suzuki (Yuto Nakajima) to his law firm from Boston. Shogo Kai then assigns Daiki Suzuki to a case. The case involves a large publishing company as they are sued by a former contract worker. The former contract worker insists her idea for a novel was stolen by the publishing company.

Filming for “Suits Season 2” will begin early February, 2020 and the drama series will air from April, 2020 in Japan.