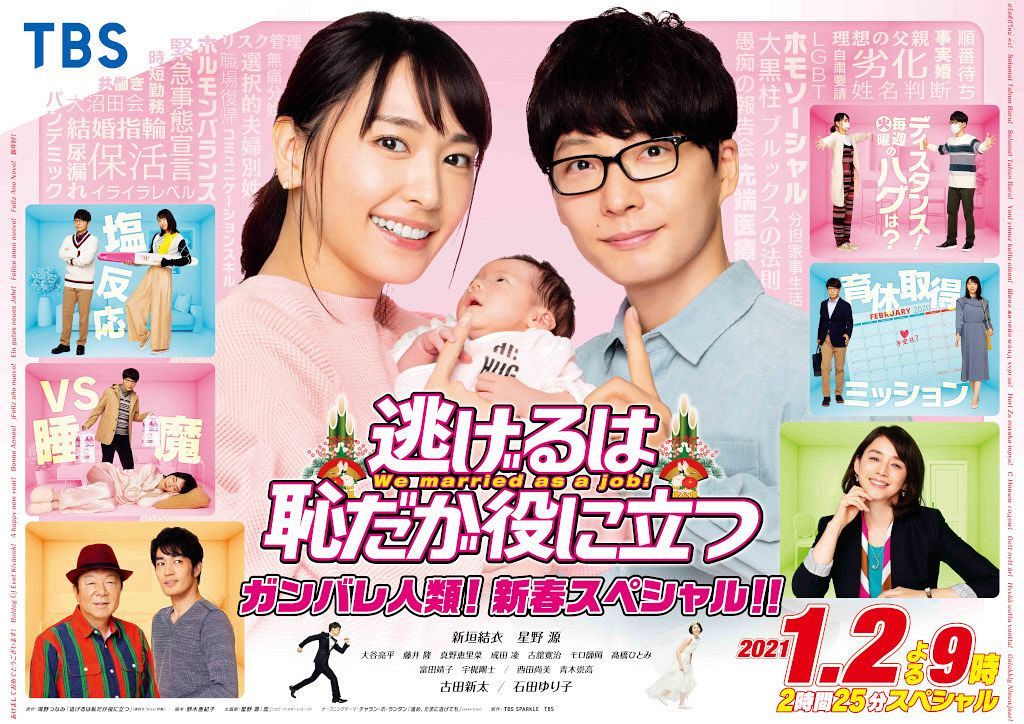 Plot Synopsis by AsianWiki: Mikuri (Yui Aragaki) and Hiramasa (Gen Hoshino) both work and share housework duties. They have peaceful days together. One day, Mikuri learns that she is pregnant. They decide to marry, but they soon face problems. Mikuri suffers from pregnancy sickness and Hiramasa decides to take a paternity leave before an important project is finished. The couple experience unfamiliar situations involving childbirth and rearing. They go through difficult times.