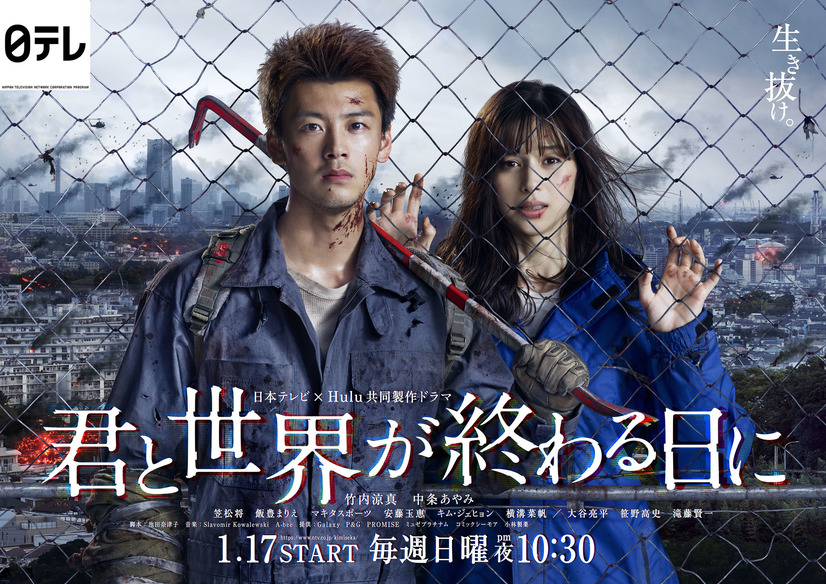 Teaser trailer and poster added for NTV drama series “Love You as the World Ends” starring Ryoma Takeuchi and Ayami Nakajo. The drama series features an original screenplay by Natsuko Ikeda. Ryoma Takeuchi plays Hibiki Mamiya. He gets caught in a tunnel that collapses and is able to escape 4 days later, but, when he gets out, that wold seems to have collapsed.