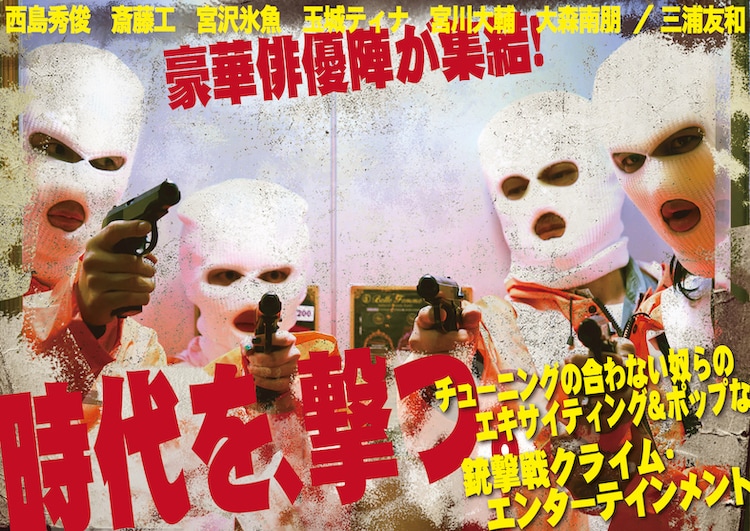 Teaser trailer added for movie “Goodbye Cruel World” starring Hidetoshi Nishijima & Takumi Saito. The film is directed by Tatsushi Omori (“Tada’s Do-It-All House“) and scripted by Ryo Takada (“Over the Fence“). The teaser trailer also features classic American r&b track “Let’s Stay Together” covered by Margie Joseph. Caption in the teaser asks around the 22 second mark “Who’s the traitor?” The film revolves around 5 people, whose real identities are unknown to each other, gather for a one time robbery. Their target is the yakuza.

“Goodbye Cruel World” will be released sometime this autumn in Japan.

Plot Synopsis by AsianWiki: 5 people, whose identities are unknown to each other, gather for a one time robbery job. They head to a motel, where a yakuza gang use to launder money. The group succeed in their heist and prepare to go back to their norma lives, but the yakuza are following them.