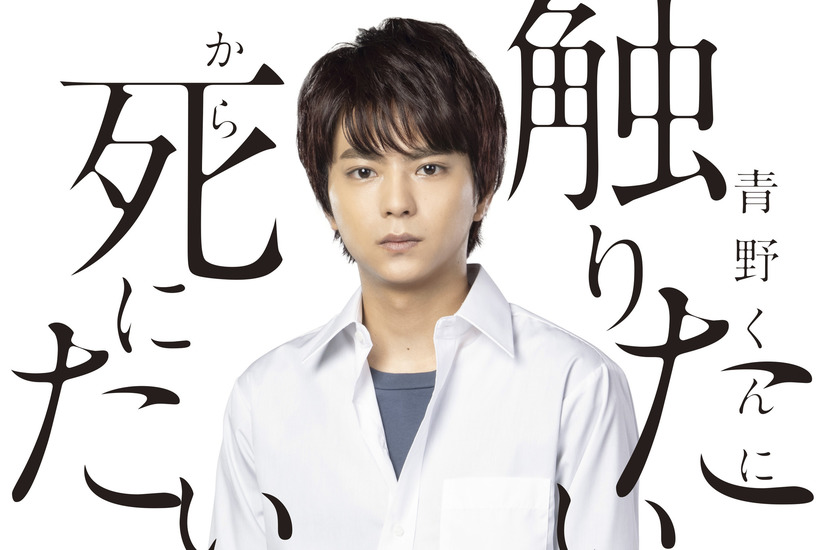 Shori Sato (‘Sexy Zone’) cast in WOWOW live-action drama series “I Want To Hold Aono-kun So Badly I Could Die.” The drama series is based on manga series “Aono-kun ni Sawaritai kara Shinitai” by Umi Shiina. In the drama series, Shori Sato will play Ryuhei Aono. He is a high school student and begins to date Yuri Kariya, but he dies in a car accident. He comes back as a ghost.

“I Want To Hold Aono-kun So Badly I Could Die” first airs spring, 2022 in Japan.

Plot Synopsis by AsianWiki: High school student Ryuhei Aono (Shori Sato) hears a love confession from high school student Yuri Kariya, who attends the same high school. Yuri Kariya also tells him that he is the first man that has she talked to. They begin to date, but, 2 weeks later, Ryuhei Aono dies in a car accident. Yuri Kariya is distraught and tries to kill herself. At this time, Ryuhei Aono appears again as a ghost. He desperately tries to persuade her to not kill herself and tells her that he will stay with her.

One day, Yuri Kariya suggests Ryuhei Aono to possess her body. Since then, Ryuhei Aono shows different personality and tries to posses other bodies.