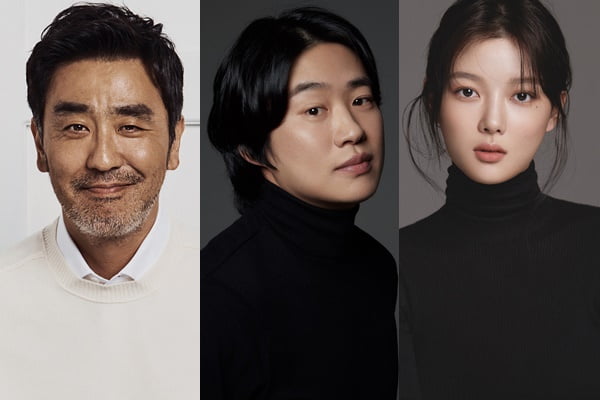 “Sweet and Spicy Chicken” will stream on Netflix sometime next year.

Plot Synopsis by AsianWiki: Choi Sun-Man (Ryoo Seung-Ryong) runs a small machine company. Go Baek-Joong (Ahn Jae-Hong) works there as a staff intern. He has a crush on Choi Sun-Man’s daughter Choi Min-A (Kim You-Jung). One day, a machine is delivered to their company office. Choi Sun-Man and Go Baek-Joong assume that the device is to relieve fatigue that was sent by PhD Choi. It was originally scheduled to be delivered tomorrow. Meanwhile, Choi Min-A visits her father’s office to drop off sweet and spicy fried chicken. Choi Min-A sees the machine that was delivered and decides to try it out to relieve her fatigue. She gets into the machine, but she then turns into a piece of sweet and spicy fried chicken.Choi Sun-Man and Go Baek-Joong struggle to bring her back to human form.