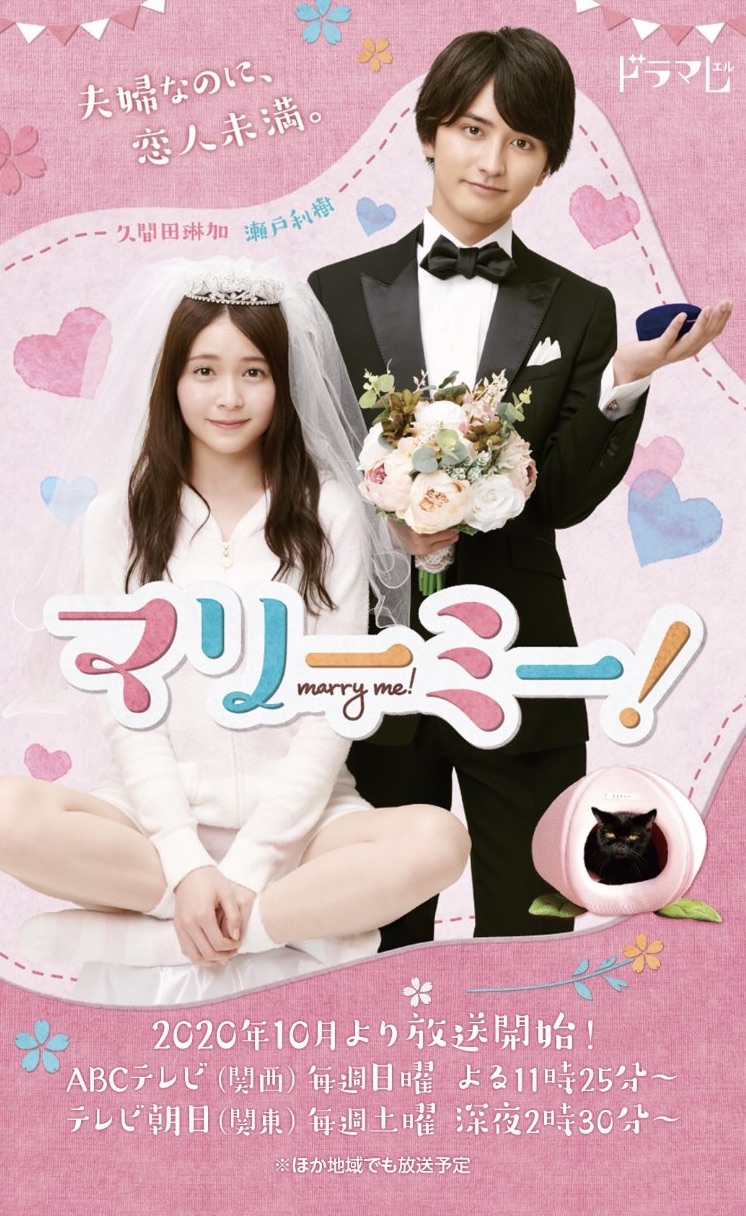 Rinka Kumada & Toshiki Seto are cast in TV Asahi-ABC drama series “Marry Me!” The drama series is based on manga “Marry Me!” by Miku Yuki and directed by Ryuichi Honda. For the drama series, Rinka Kumada will play Himari Sawamoto. She is a NEET, which refers to a young adult who is unemployed and not enrolled in education. Toshiki Seto will play Shin Akiyasu. He is a young adult employed as a civil servant. They soon become married through an experimental government program.

Himari Sawamoto is a 21-year-old NEET. After she graduated from middle school, she devoted herself solely to taking care of her grandparents who raised her. Her grandparents have now passed away. She doesn’t have other family members and she does not have any dating experience. Besides her old cat Momotaro, she is alone.

Meanwhile, Shin Akiyasu is 28-years-old. He is an elite public officer for the Ministry of Health, Labor and Welfare. He has dating experience, but he has zero desire to marry. He accepts to take part in the experimental program, because he wants to become successful at his job. Due to the NEET protection program, Himari Sawamoto and Shin Akiyasu marry and begin their marriage life without having romantic feelings.