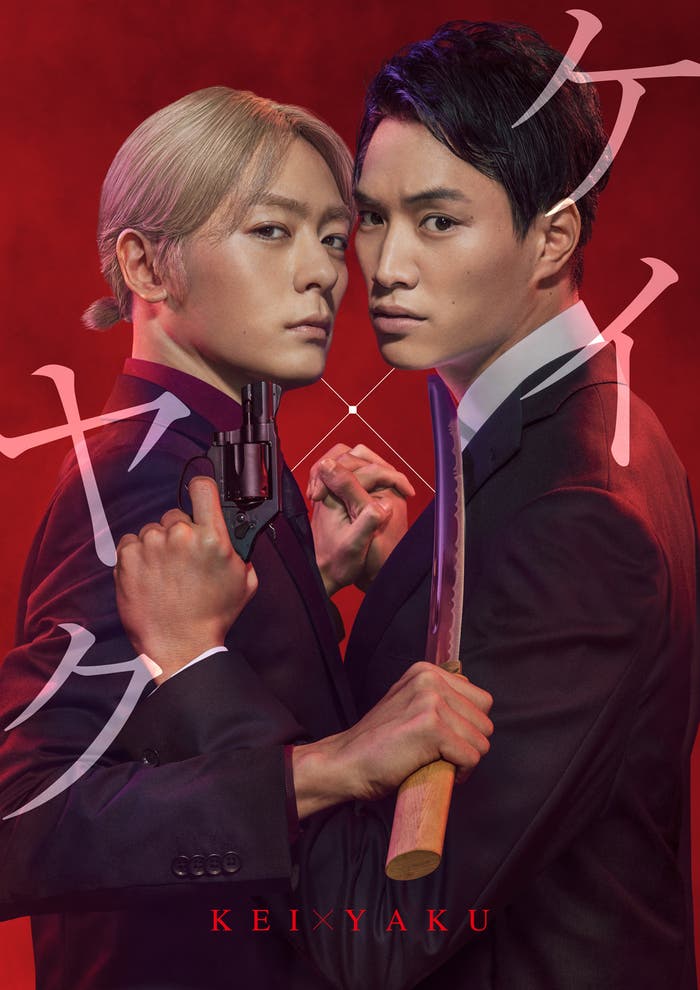 Nobuyuki Suzuki and Atsuhiro Inukai are cast in NTV-YTV drama series “Kei x Yaku.” The drama series is based on “Kei x Yaku: Abunai Aibou” by Yoshie Kaoruhara. For the drama series, Nobuyuki Suzuki will play main character Ichiro Kunishita. He is a police officer who teams up with a yakuza boss played by Atsuhiro Inukai. They pretend to be lovers, while they try to find the truth behind the disappearance of Ichiro Kunishita’s colleague, who is also the older brother of the yakuza boss.

Plot Synopsis by AsianWiki: Ichiro Kunishita (Nobuyuki Suzuki) is an investigator in the public safety department at the Tokyo Metropolitan Police Department. He is handsome and athletic. Ichiro Kunishita is diligent about work, but has never had a girlfriend. He receives a new mission, which is to conduct an investigation on Shiro Hanabusa (Atsuhiro Inukai), who is the young boss of a designated crime organization.