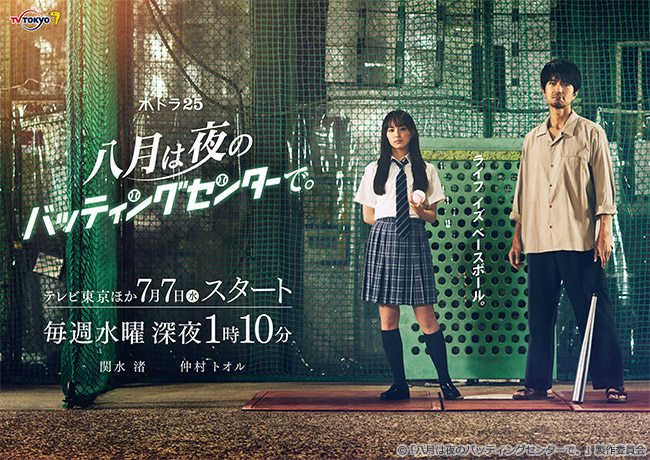 Plot Synopsis by AsianWiki: Mai Natsuha (Nagisa Sekimizu) is a 17-year-old high school student. She begins to work part-time, during her summer vacation, at her uncle’s batting cage center. There, she meets a mysterious man named Tomohiro Ito (Toru Nakamura). He is a former professional baseball player and he claims that he can discern a person’s worries by looking at their batting swing. Tomohiro Ito comes to the batting center every night that Mai Natsuha works and watches female customers take batting practice. He tries to solve their worries by using baseball theory.