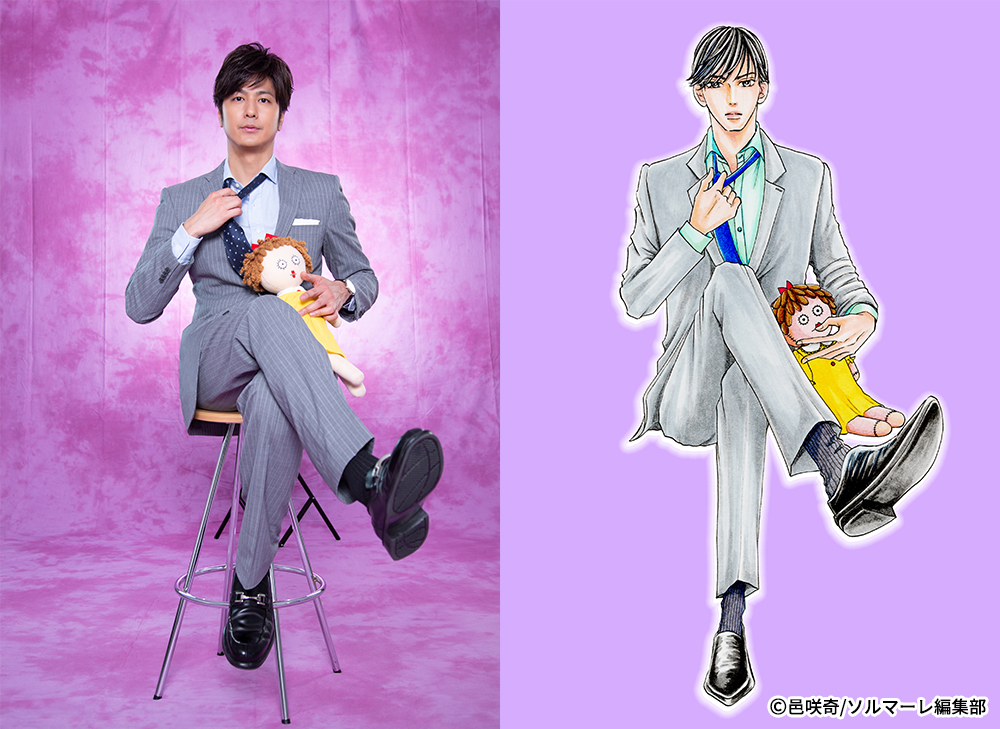 Mokomichi Hayami and Yumi Wakatsuki are cast in ABC-tvk drama series “There Is A Reason Why You Cannot Get Married” (literal title). The drama series is based on webcomic “Kekkon Dekinai ni wa Wake ga Aru” by Murasaki. Yumi Wakatsuki will play Mariko Goto. She wants to get married before the ago of 30 and finds her ideal man in her co-worker Mitsuo Tomizawa (Mokomichi Hayami). He has a secret.

Plot Synopsis by AsianWiki: Mariko Goto (Yumi Wakatsuki) is 29-years-old and dreams of marrying her ideal man by the age of 30. She finds her ideal man in Mitsuo Tomizawa (Mokomichi Hayami). He works as a section chief at the same company where Mariko Goto works. Mitsuo Tomizawa is smart, handsome, and tall. He also does his job well. He seems like a perfect man, but he has a secret. His secret is that he loves his doll Michuko.