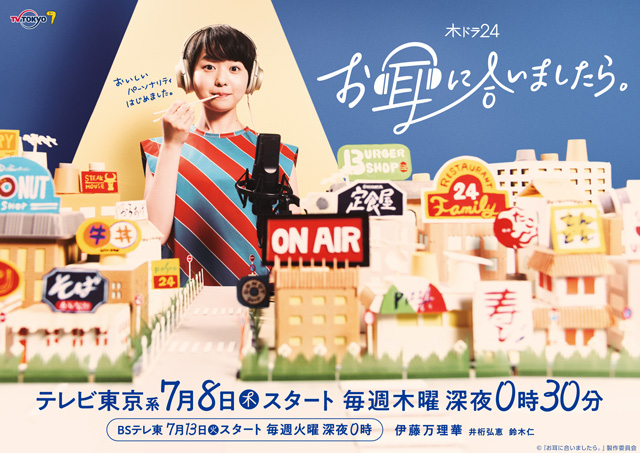 Plot Synopsis by AsianWiki: Misono Takamura (Marika Ito works for a company that makes tsukemono (preserved vegetable side dishes). She enjoys listening to podcasts and eating alone at home from food bought at franchise restaurants on her way from work. She isn’t very good socializing with other people, but she is enthusiastic when she talks about things she likes. Her co-worker Arisa Sudo (Hiroe Igeta) suggests to her that she should start her own podcasts. Following her suggestion, Misono Takamura starts a podcast titled Omimi ni Aimashitara. Her co-worker Ryohei Sasaki (Jin Suzuki) also joins the podcast. While doing the program, Misono Takamura grows as a person.