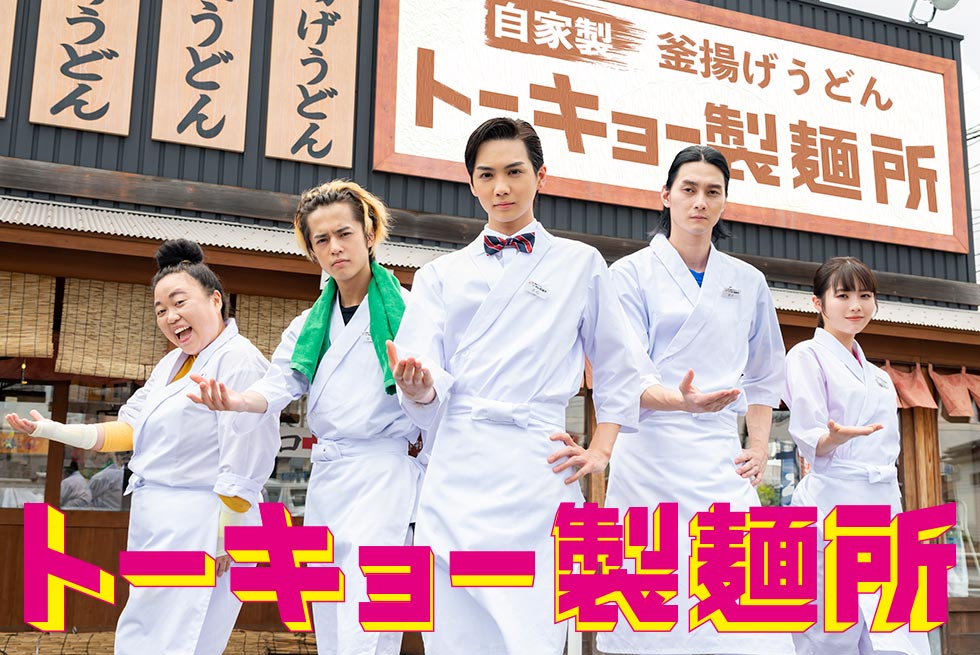 Hokuto Yoshino (‘The Rampage from Exile Tribe’) is cast for the lead role in TBS-MBS drama series “Tokyo Seimenjo.” Also cast in the drama series are Shuntaro Yanagi, So Okuno, Shiori Akita and Keiko Enoue. The drama series features an original screenplay and will revolve around an udon franchise restaurant. Hokuto Yoshino will play Kotaro Akamatsu. He begins to work there as its new manager, even though he previously worked at a hotel.

Plot Synopsis by AsianWiki: Tokyo Seimenjo is a udon franchise restaurant with the motto “Quick, cheap, & delicious.” The restaurant has a lot of regular customers, but their manager has been on maternity leave for the past 2 months and a reliable staff member has jsut quit. The four other staff members, Haruto Aoi (Shuntaro Yanagi), Yoshio Midorikawa (So Okuno), Rin Momota (Shiori Akita), and Setsuko Kimoto (Keiko Enoue), feel uneasy about the situation. At that time, 27-year-old Kotaro Akamatsu (Hokuto Yoshino) is sent to the restaurant as the new manager. He previously worked for a hotel, which is the parent company of Tokyo Seimenjo. Kotaro Akamatsu assures the staff that he knows how things work at a restaurant, but he works there like he is still working at a hotel. He is overly polite to the customers and he seems very nervous while working. The staff members become embarrassed.