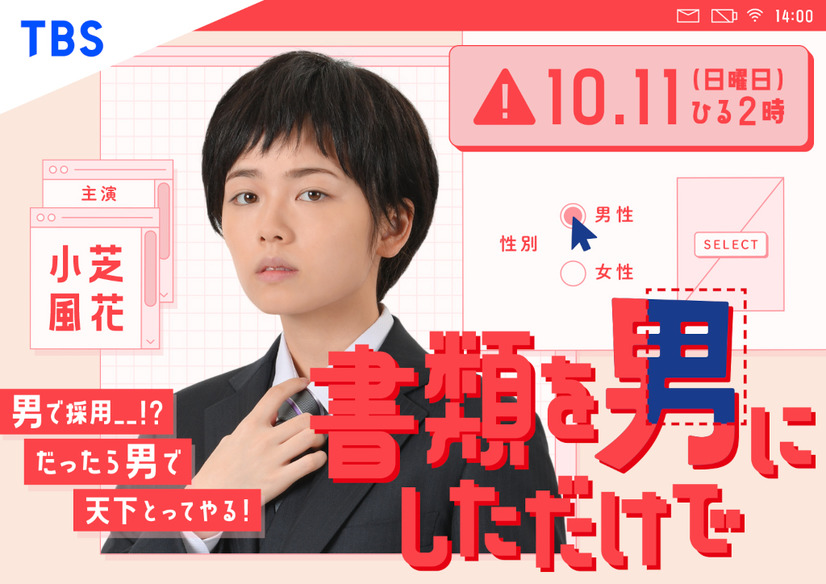 Fuka Koshiba is cast for the lead role in TBS drama series “Shorui wo Otoko ni Shitadakede.” The drama series will have Fuka Koshiba play office worker Yuki Minowa. She pretends to be a man at work due to unforeseen and foreseen circumstances.

Plot Synopsis by AsianWiki: At her prior workplace, Yuki Minowa (Fuka Koshiba) did a shoulder throw move on her ex-boss because of sexual harassment. She got fired from that job. Now, Yuki Minowa looks for a new job. Because of her strong personality, Yuki Minowa finds it difficult to find another job. Only one company was she able to get through interviews before the final screening. That company is Insight Agency, which is the largest ad agency in Japan. The final screening before getting hired is a medical checkup. Yuki Minowa goes to get her medical checkup and she discovers that her gender was mistakenly marked as male. Because of her bad experience working at her prior workplace and difficulty in finding a new job, she decides to not correct the mistake and work as a man. Yuki Minowa gets hired by Insight Agency and begins work there as a man. She struggles to keep her true gender identity a secret and she also falls in love with a male colleague.