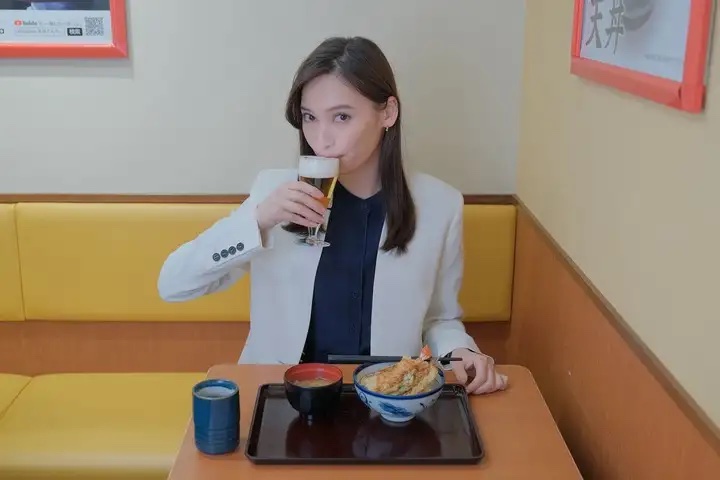 Aya Omasa is cast the lead role in live-action WOWOW drama series “Enjoy Drinking Alone.” The drama series is based on manga series “Hitori de Nomeru Mon!” by Misato Konari. For the drama series, Aya Omasa will play Mei Benikawa. She is beautiful and has a successful work career that leads to her co-workers being jealous of her, but she enjoys treating herself to a drink & meal at a nearby inexpensive restaurant.

Plot Synopsis by AsianWiki: Mei Benikawa (Aya Omasa) is 28-years-old. She works in the public relations department for a cosmetics company. She is beautiful and does her job so well that she was chosen as the leader of the public relations department at a relatively young age. Mei Benikawa is also the target of jealousy by her co-workers. Rumors exist that she goes goes overboard eating only healthy foods to maintain her appearance. In reality, Mei Benikawa enjoys drinking alcohol alone at a chain restaurant on her way home from work. She treats herself to this as a reward for working hard. She drinks alcohol and eats alone for an inexpensive price. Doing this, Mei Benikawa encourages herself for tomorrow.