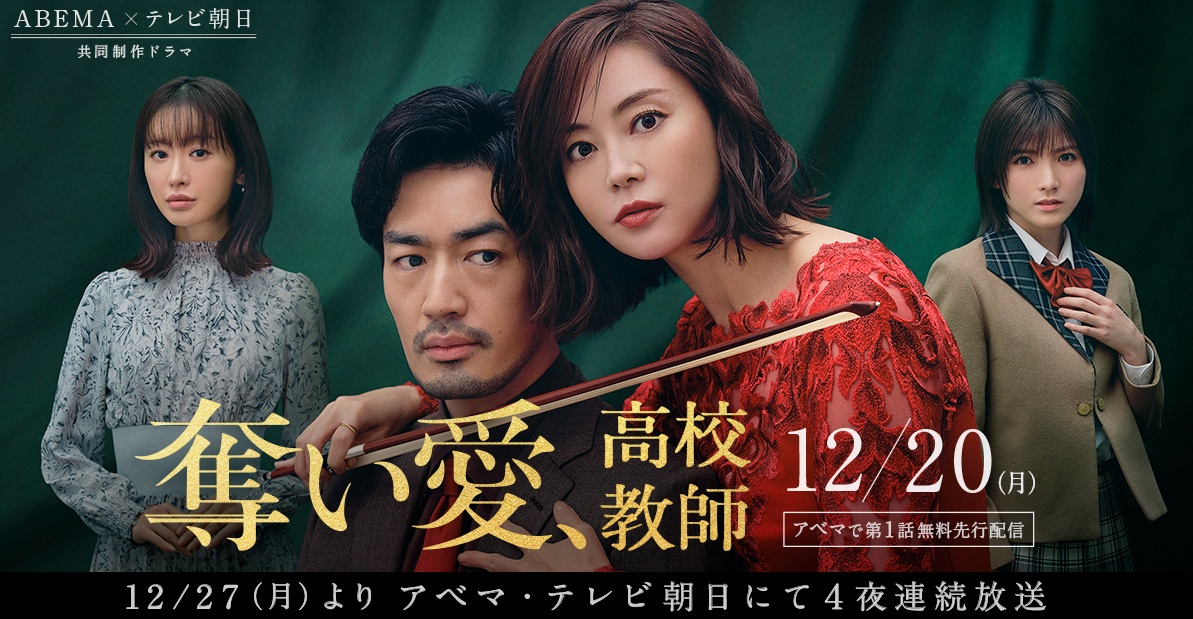 Plot Synopsis by AsianWiki: Tsuyuko Hoshino (Arisa Mizuki) works as a nurse and wants to become a violinist. She divorced a few years ago. Her ex-husband fell in love with his co-worker and asked for a divorce. Tsuyuko Hoshino now lives with her teenage daughter Akari Hoshino (Nana Okada), who has a heart disease. One day, Tsuyuko Hoshino happens to meet high school music teacher Santa Fuyuno (Ryohei Otani) at a cafe where is playing the flute. She is fascinated by him. Even though she knows he is engaged to Hanako Tanaka (Marika Matsumoto) and works with her at the same high school, she can’t suppress her feelings for him.

Meanwhile, Akari Hoshino doesn’t trust people due to her father abandoning her and her mother. She doesn’t have friends at school, but her homeroom teacher Santa Fuyuno cares about her. His feeling toward her develops romantically.