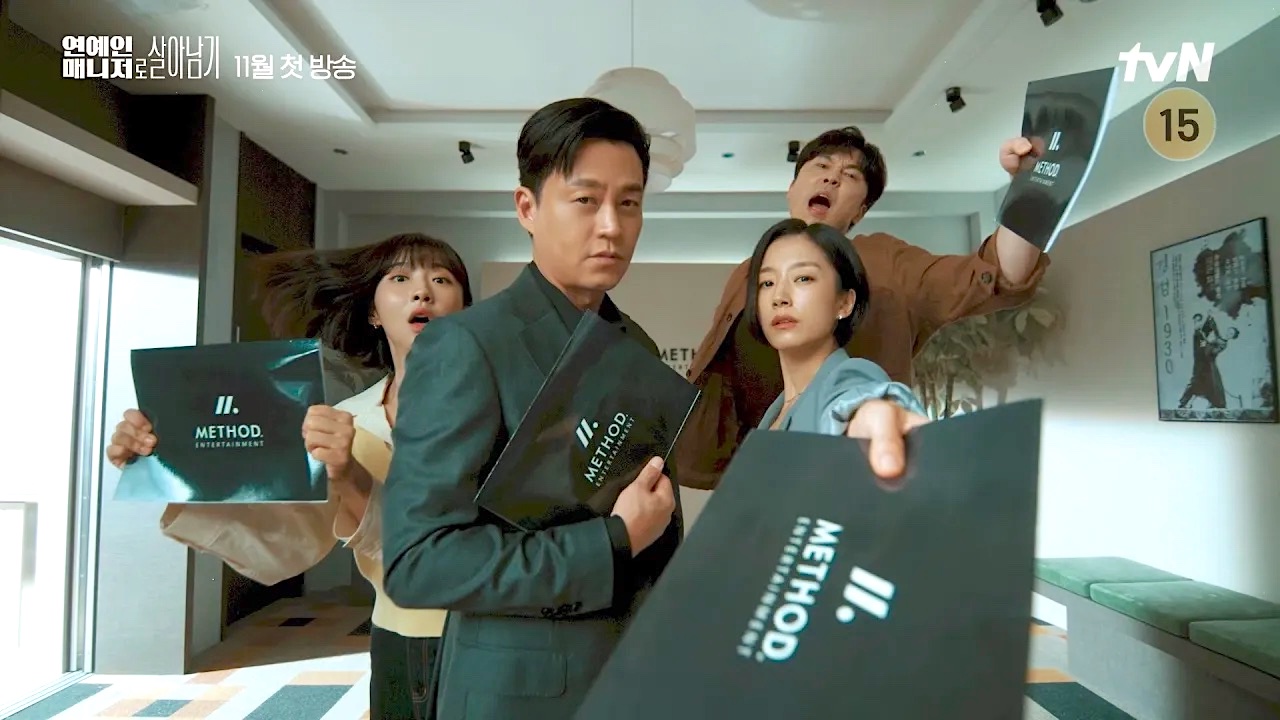 Plot Synopsis by AsianWiki: Story is set around Method Entertainment, which is a major management company, and depicts their work lives, personal lives, and desires.

Ma Tae-O (Lee Seo-Jin) works as a professional manager and holds the position of general director at Method Entertainment. He is smart and gentle, but he was born to be a strategist and he doesn’t mind using all sorts of tricks to achieve what he wants.

Cheon Je-In (Kwak Sun-Young) has worked as a manager for 14 years. She started as an on-site manager and she now works as a leader of a manager team. She is competitive and a workaholic. She is hot-tempered and when she sets a goal, she will try to achieve it without careful thinking. She and Ma Tae-O have many disagreements along the way.

Kim Joong-Don (Seo Hyun-Woo) is Cheon Je-In’s best friend at work and he holds the same position as a leader of a manager team. He is a gentle person.

So Hyun-Joo (Joo Hyun-Young) is a rookie manager and often makes trouble at work. She grows as a professional manager through her experience.