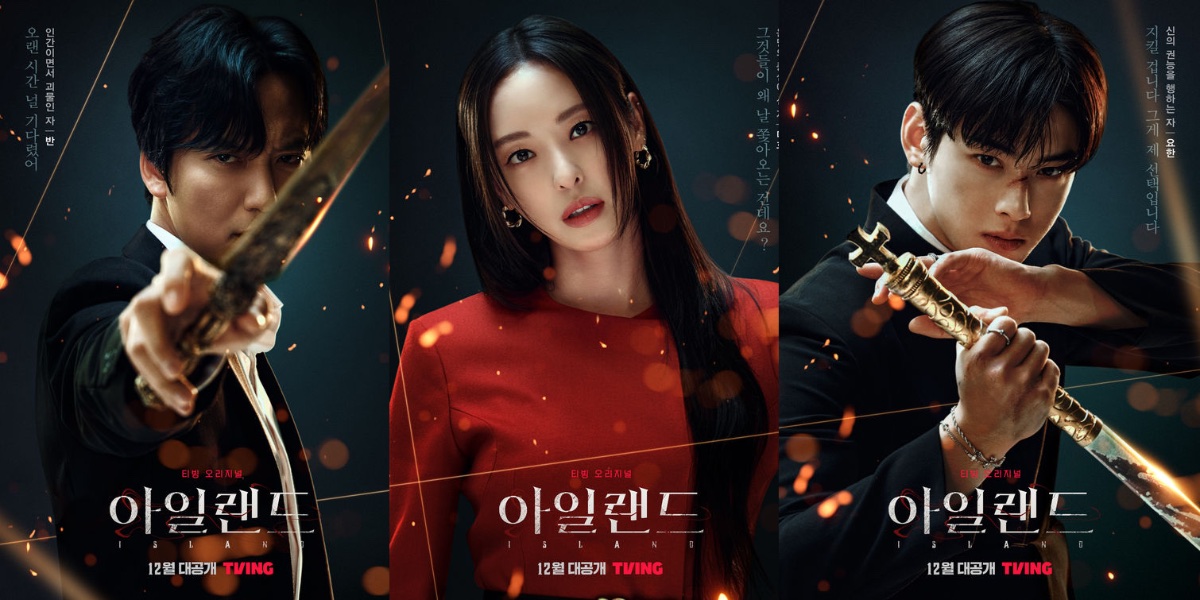 Second teaser trailer added for TVING drama series “Island” starring Kim Nam-Gil, Lee Da-Hee, & Cha Eun-Woo. The teaser trailer begins with Kim Nam-Gil stating “The evil, that has been parasitic on this island since the beginning of time, is everywhere and we dont know where it will appear.” The drama series is based on webcomic “Island” by Yoon In-Wan.

“Island” is now scheduled for release December 30, 2022 in South Korea via TVING.

Plot Synopsis by AsianWiki: Set on Jeju Island, three people fight against evil that is trying to destroy the world.

Ban (Kim Nam-Gil) was raised to protect the world against evil. He trained to become a weapon. He now fights against evil and kills victims who are possessed. He doesn’t show emotion for his actions, but, within his mind, he feels guilt.

Won Mi-Ho (Lee Da-Hee) is from a family that runs a large company. She causes big trouble and is sent to Jeju Island, where she works as a teacher. She then gets involved in a case related to ghosts.

John (Cha Eun-Woo) is a Catholic priest and he performs exorcisms. His noble goal is to protect life and purify evil.

Goong-Tan (Sung Joon) and Ban were raised to defeat evil. But due to an incident, Goong-Tan goest up against Ban.