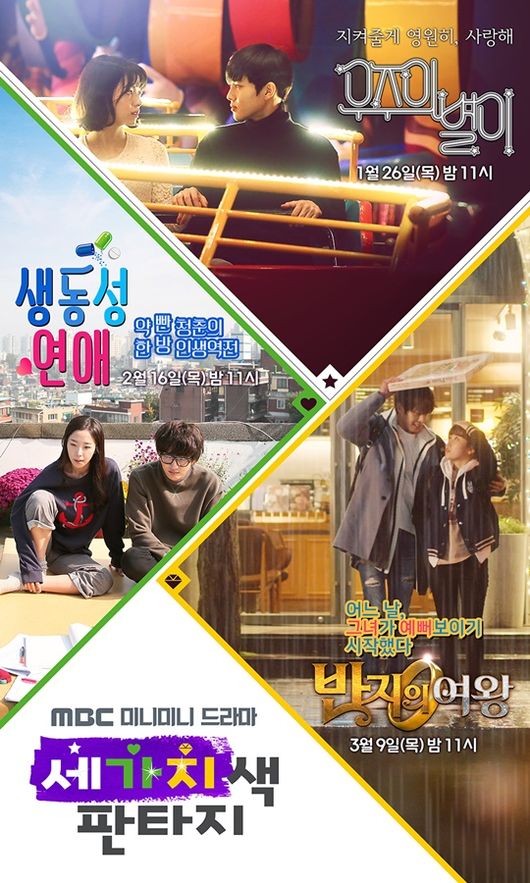 Here’s a single poster for upcoming MBC “Three Color Fantasy” series. The series consists of 3 individual drama series which are “The Universe’s Star,”  “Romance Full of Life” and  “Queen of Ring.” Each of the the 3 drama series will consist of 3 episodes.