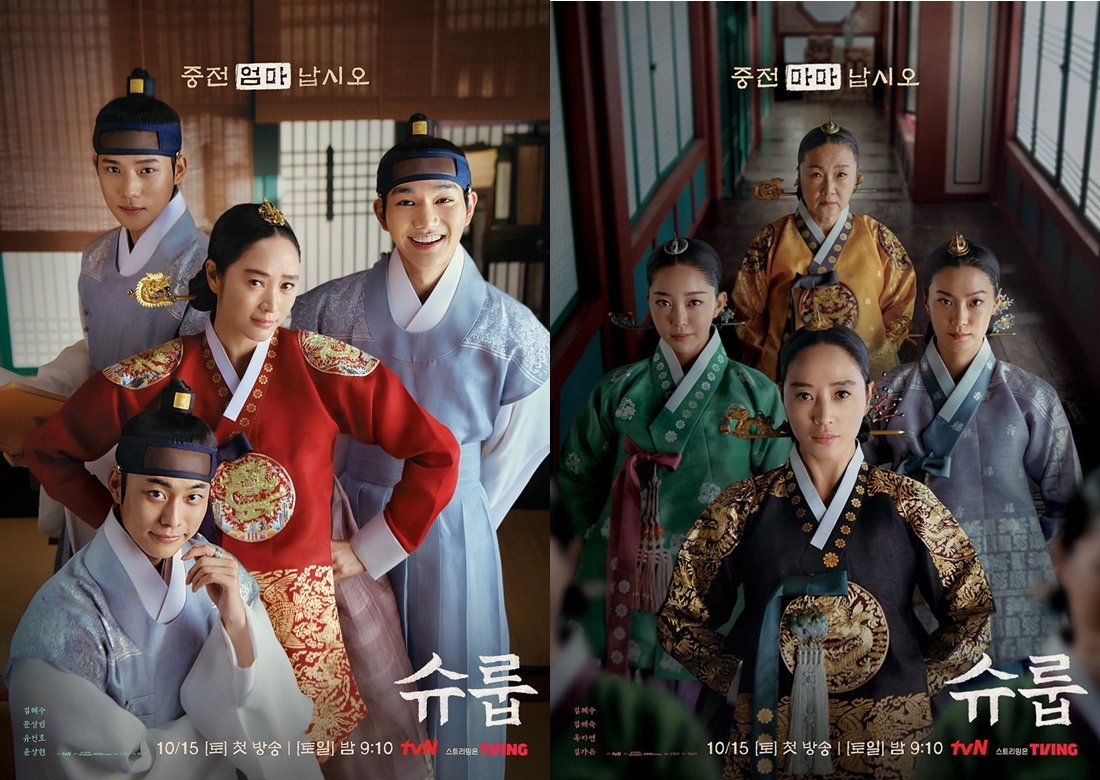 Main trailer added for tvN drama series “The Queen’s Umbrella” starring Kim Hye-Soo, Kim Hae-Sook, & Choi Won-Young. The main trailer has narration that starts with Kim Hae-Sook stating “There are no such persons worthy of being the King among the Queen’s sons?,” then Kim Hye-Soo states (0:04) “If I can’t get over this crisis,” and then Kim Hye-Soo states (0:22) “Nobody would protect my babies except me.” Above and below are two posters for the drama series.

Plot Synopsis by AsianWiki: Queen Hwaryeong (Kim Hye-Soo) is supposed to act with grace and dignity, but she has sons who are troublemaker princes. She gives up on those protocols and she struggles to change her sons into eligible princes through education.