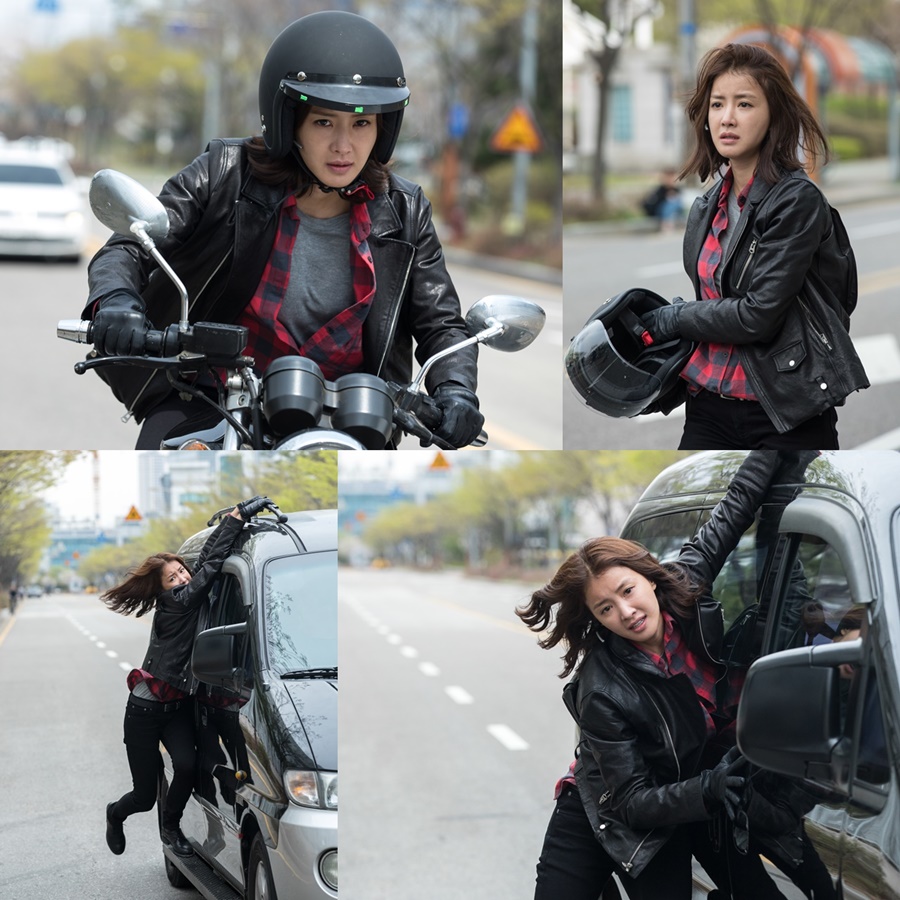 Here’s the first still image of Lee Si-Young in upcoming MBC drama series “Lookout” co-starring Kim Young-Kwang.  The still images are from Lee Si-Young’s first day of filming for the drama series. The scene has Lee Si-Young riding a motorcycle and involved in a chase. For her role in “Lookout,” Lee Si-Young got a motorcycle driving license and attended an action school. Her character’s name is Jo Soo-Ji and she is a former detective. Jo Soo-Ji lost her daughter in a crime and the perpetrator was able to avoid punishment. She joins a group to punish the criminal.