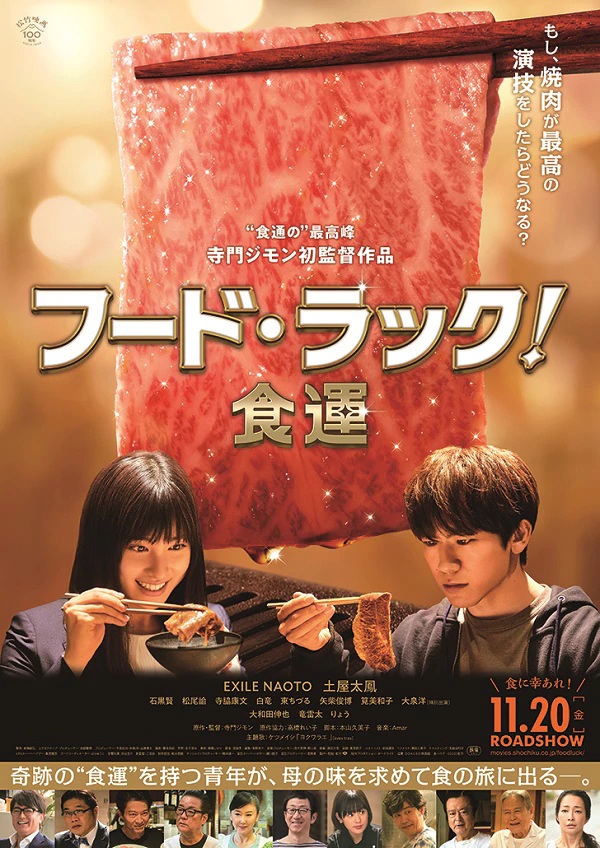 Plot Synopsis by AsianWiki: Yoshito (Naoto) grew up with his mother Yasue (Ryo) after his father passed away. His mother ran a yakiniku (grilled meat) restaurant that his father had left behind. Yoshito enjoyed eating his mother’s cooking and their restaurant was loved by many people. Things changed after popular food critic Tatsuya Furuyama (Satoru Matsuo) published false statements about their yakiniku restaurant. Due to that, their restaurant saw a sharp drop in customers. Yasue worked hard to recover business for the restaurant. Due to Yoshito’s behavior in wanting attention from his mom, Yasue decided to shut down the restaurant.

18 years later, Yoshito lives alone and he works as a freelance writer. One day, he takes work for a new online foodie website. He works with editor Shizuka Takenaka (Tao Tsuchiya). Their first assignment involves yakiniku. Around that time, Yoshito hears that his estranged mother Yasue has collapsed.

One Response to “Main trailer & poster for movie “Food Luck””