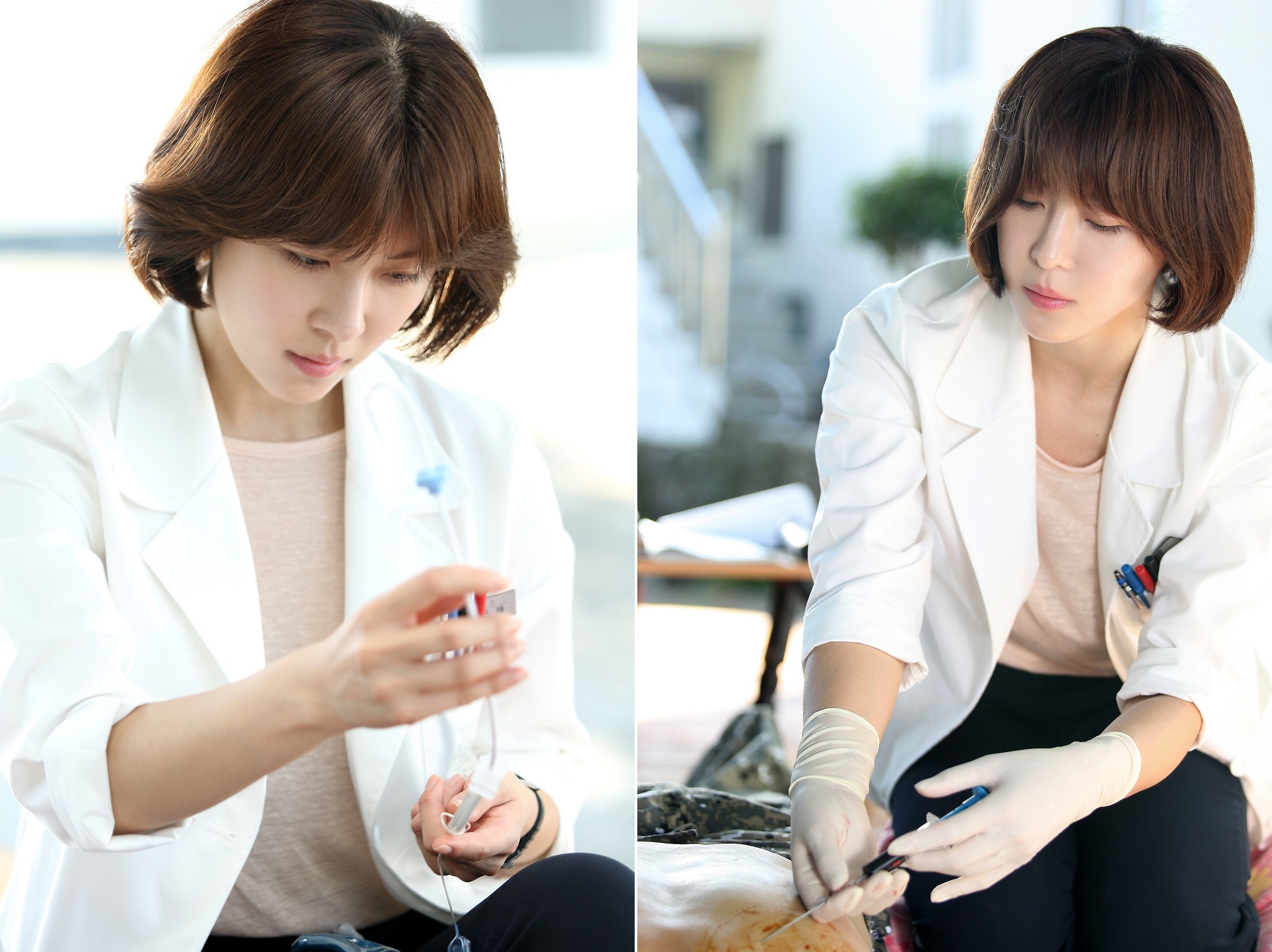 Here’s the first still images of Ha Ji-Won in upcoming MBC drama series “Hospital Ship” co-starring Kang Min-Hyuk. As you can see, Ha Ji-Won did get her hair cut to play her character Song Eun-Jae. Her character works as a surgeon on a hospital ship. Ha Ji-Won has been researching her character’s field of expertise by watching documentaries, surgery videos, medical dramas and reading essays by doctors. She is now studying by drawing organs from an anatomy book. Filming for the drama series is taking place mostly on Geoje Island.