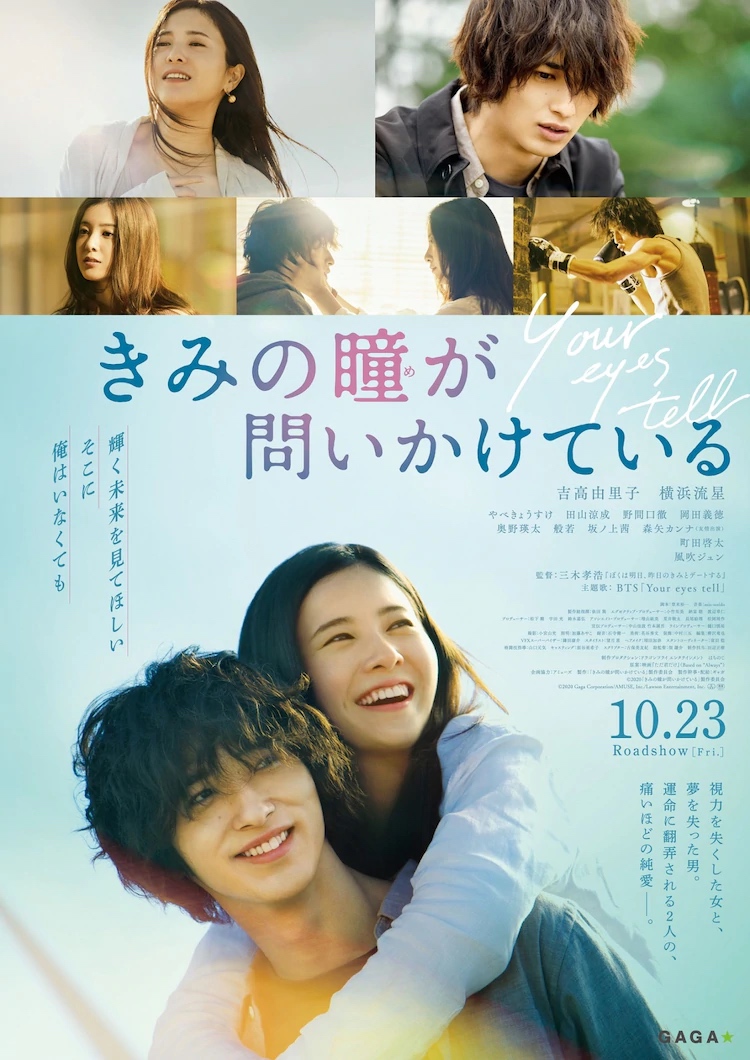 Main trailer and poster added for movie “Your Eyes Tell” starring Yuriko Yoshitaka and Ryusei Yokohama. The movie is a remake of 2011 South Korean film “Always” starring So Ji-Sub and Han Hyo-Joo. Meanwhile, the movie’s theme song has been revealed which is “Your Eyes Tell” by popular boy band BTS. Jeon Jung-Kook, the youngest member of BTS, was touched by the film and participating in composing the song as well. “Your Eyes Tell” is also included on their next Japanese album “Map of the Soul: 7 ~The Journey~” which drops July 15, 2020.

Plot Synopsis by AsianWiki: Kaori (Yuriko Yoshitaka) lost her eyesight and family in an accident. While trying to enjoy the small things in her life, Kaori struggles to live happily. Kaori mistakes Rui (Ryusei Yokohama) for someone else and begins to talk to him. Rui was once a promising kickboxer, but something happened in his past to cause him to disassociate himself from everyone. Kaori’s smile brings out a change in Rui. The two people begin to have feelings for each other, but Rui learns about Kaori’s past accident and his connection. Rui decides to take part in an underground fight to pay for Kaori’s eye surgery.