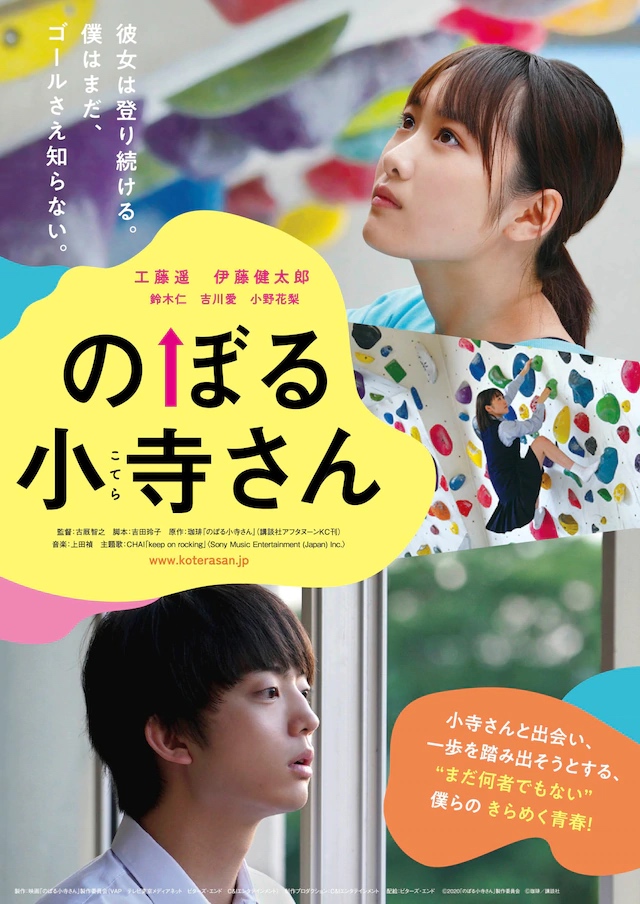 Plot synopsis by AsianWiki: Kotera (Haruka Kudo) is a high school student. She belongs to the school’s climbing club and is enthusiastic with bouldering. She is polite and has a tender personality. Meanwhile, Kondo (Kentaro Ito) is a member of ping pong club at the same school and is attracted to Kotera.