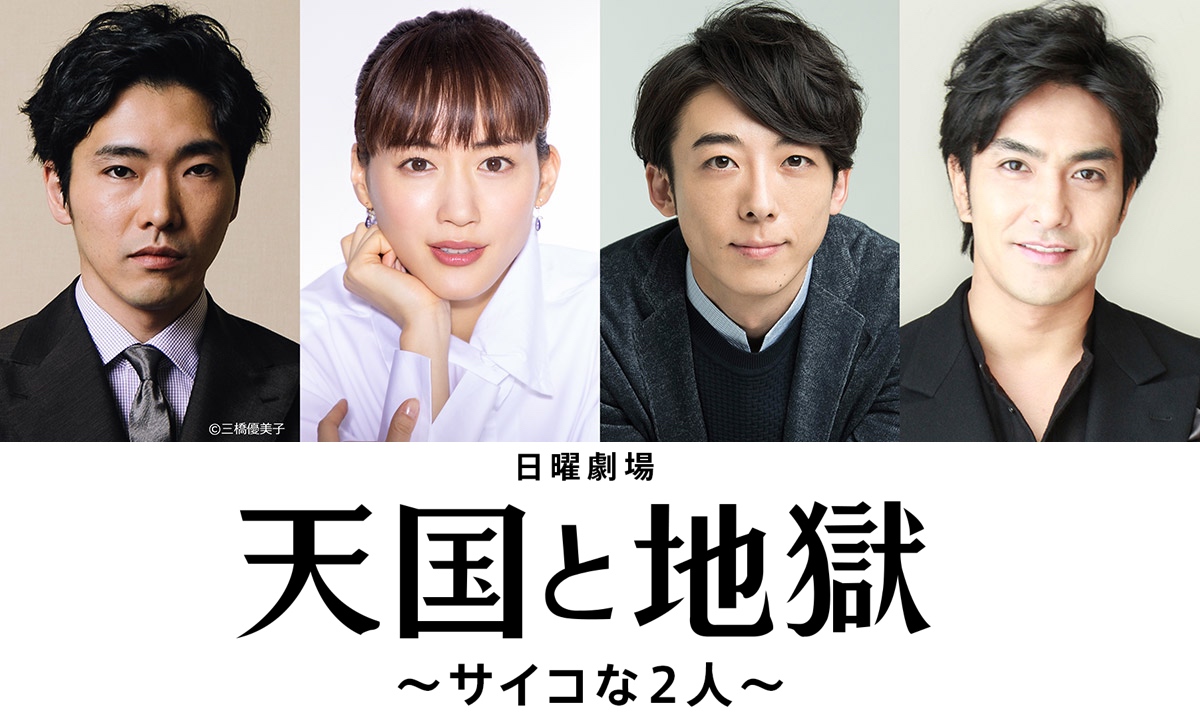 Haruka Ayase is cast for the lead role in TBS drama series “Heaven and Hell: 2 Psycho People” (literal title). Issey Takahashi, Tasuku Emoto, and Kazuki Kitamura are also cast for major supporting character roles in the drama series. The drama series is scripted by Yoshiko Morishita and will be directed by Yuichiro Hirakawa, Takahiro Aoyama, Aya Matsuki. Screenwriter Yoshiko Morishita, director Yuichiro Hirakawa, and lead actress Haruka Ayase has previously worked together on TBS drama series “Stepmom and Daughter Blues,” “Jin,” “MR. BRAIN,” “Into the White Night” and “Crying Out Love, in the Center of the World.”

Plot Synopsis by AsianWiki: Ayako Mochizuki (Haruka Ayase) is a 35-year-old detective. She is a hard worker and seeks out justice, but she lacks flexibility. Ayako Mochizuki investigates a murder case. From the evidence she collects, she targets Haruto Hidaka (Issey Takahashi) as the murder suspect.

Haruto Hidaka is a chemistry researcher and he runs his own company. He is smart and proficient with his work, but he is also a psychopath murderer. Right before Ayako Mochizuki arrests him, their bodies are switched.