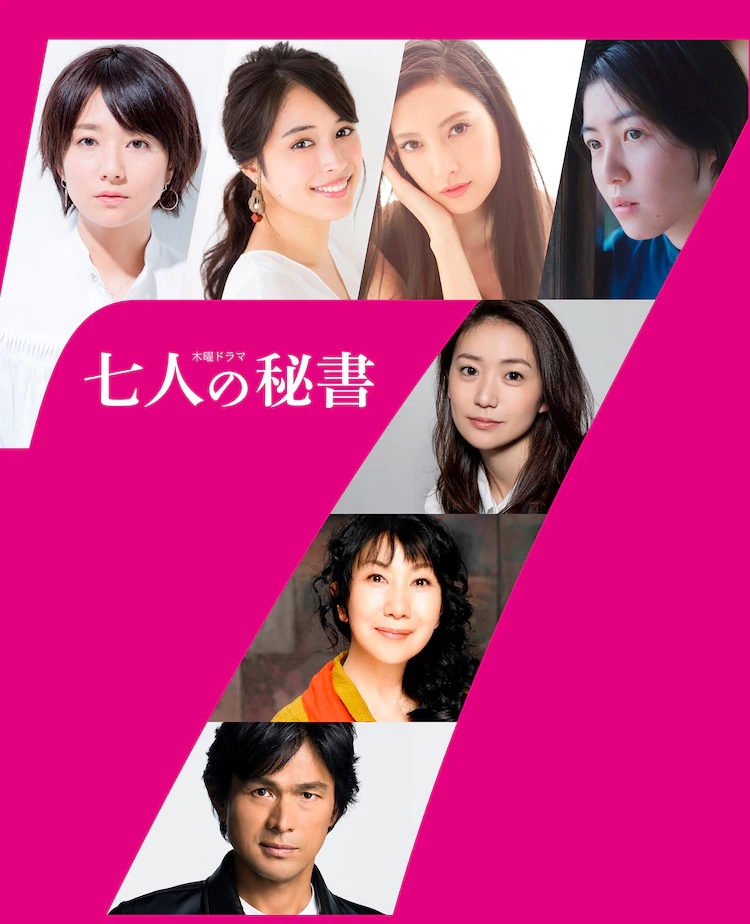 For the drama series, Fumino Kimura will play Chiyo Mochizuki. She currently works as a director’s secretary at Toto bank. Chiyo Mochizuki is part of a shadow corps consisting of seven people who works or have worked as secretaries.

Plot Synopsis by AsianWiki: President Ichihara of Toto bank and his secretary Nana (Alice Hirose) are together in a VIP suite room of a hotel. The couple are having an affair. Suddenly, Ichihara loses consciousness.

Prior to this, President Ichihara asked Keitaro (Yosuke Eguchi) if he died in some place other than his home, make it look like he died in his home. Keitaro currently runs a ramen restaurant, but he used to work as a judicial scrivener and as a secretary for a politician. He sent the 5 women to the VIP hotel room to take care of the situation.

Ramen restaurant owner Keitaro, housekeeper Satsuki (who also worked as a secretary for a politician), and secretaries Chiyo, Nana, Fujiko, Saran and Miwa, consist of a shadow corps. They help the weak and punish evil people, using skills and information they gained while working in their various fields.