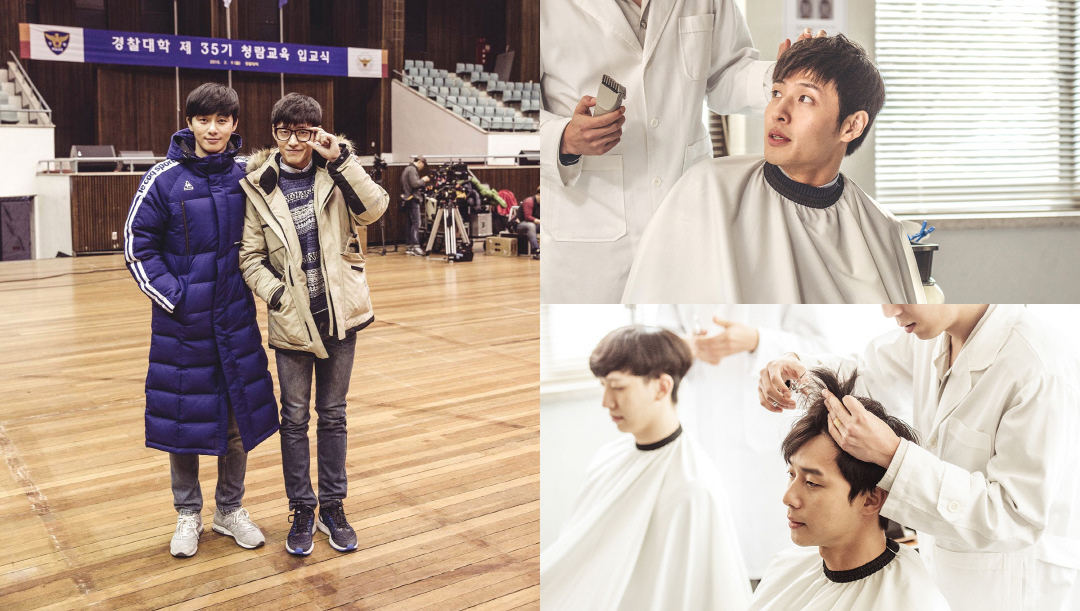 Setup for this scene has Ki-Joon (Park Seo-Joon) and Hee-Yeol  (Kang Ha-Neul) meeting for the first time during orientation for new students at the Korean National Police University. About 300 extras took part in filming this scene. Park Seo-Joon and Kang Ha-Neul also had their hair cut during a scene on the first day of filming.

“Young Cop” will be released sometime during 2017 in South Korea.

One Response to “First still images from movie “Young Cop””