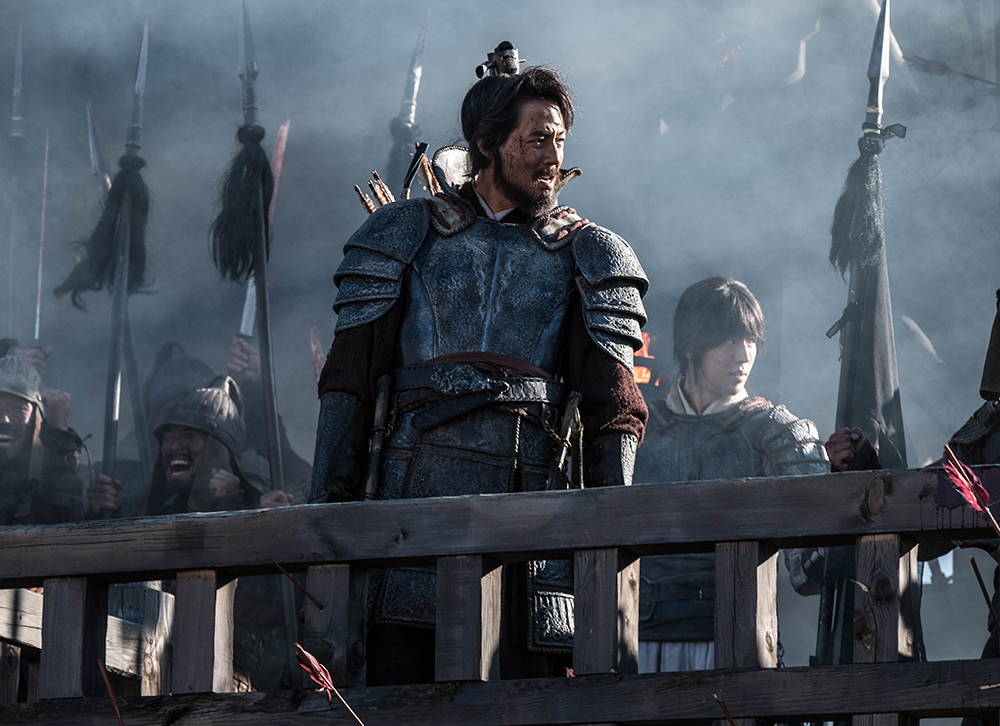 Filming for movie “Ansi Fortress” (literal title) finished January 24, 2018. Movie began filming August 23, 2017 and took about 5 months to complete. The filming set featured a replica of Ansi Fortress which was built 11 meters (36 feet) high and 180 meter (590 feet) in length. Currently, post-production work is being done on the film and the movie will be released sometime during the second half of this year.

Meanwhile, above is the second still image of Zo In-Sung in the movie. Movie is directed by Kim Kwang-Sik (“My Dear Desperado“).