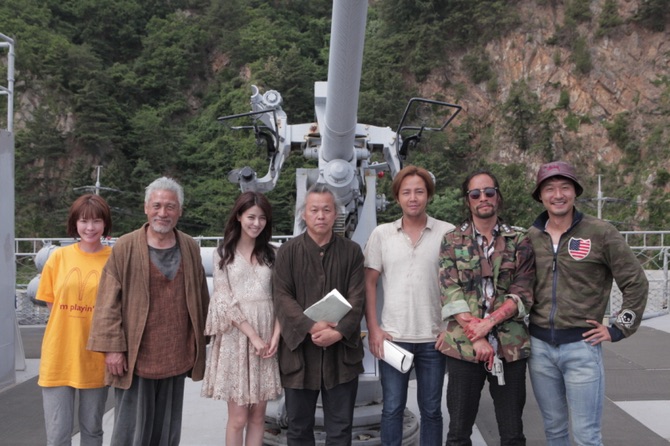 Filming for Kim Ki-Duk directed film “The Time of Humans” finished recently. The movie stars an eclectic group of performers including Jang Keun-Suk, Ryoo Seung-Bum, Ahn Sung-Ki, Lee Sung-Jae, Mina Fujii and Joe Odagiri. The pictures here were taken during the final days of filming, which began last month. Story for the film takes place on a battleship with a wide variety of people on the ship. They include a gang boss played by Ryoo Seung-Bum, a cruel guy named Adam played by Jang Keun-Suk, a Japanese woman named Eve played by Mina Fuji and her boyfriend played by Joe Odagiri.

“The Time of Humans” should be released later this year in South Korea. 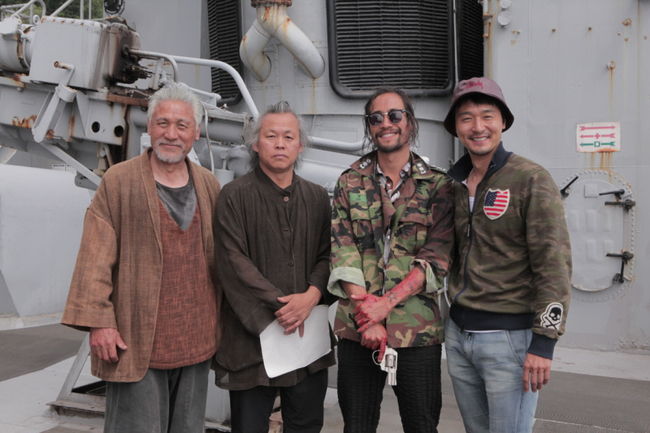