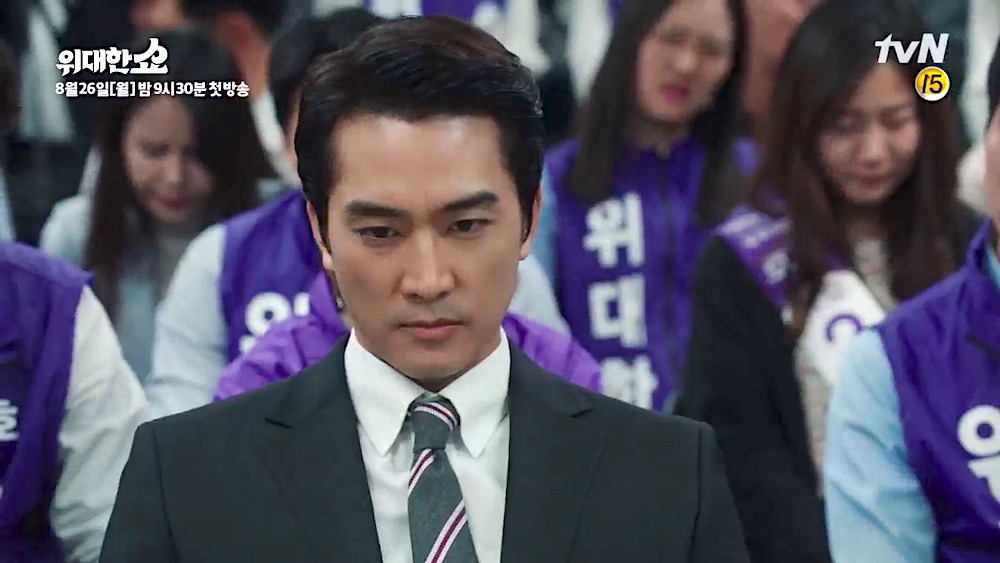 First teaser trailer added for tvN drama series “The Great Show” starring Song Seung-Heon and Lee Sun-Bin. Around the 8 second mark of the teaser trailer, Song Seung-Heon’s voice appears and he states in Korean “If a member of the National Assembly is defeated in an election, that person is not even a human being.” Meanwhile below are first still images of Song Seung-Heon, Lee Sun-Bin, Lim Ju-Hwan and Roh Jeong-Eui in the drama series. The still images of Roh Jeong-Eui has her in a scene where she works at a gas station. This scene was filmed in the hot Korean summer with temperatures around 98°f.