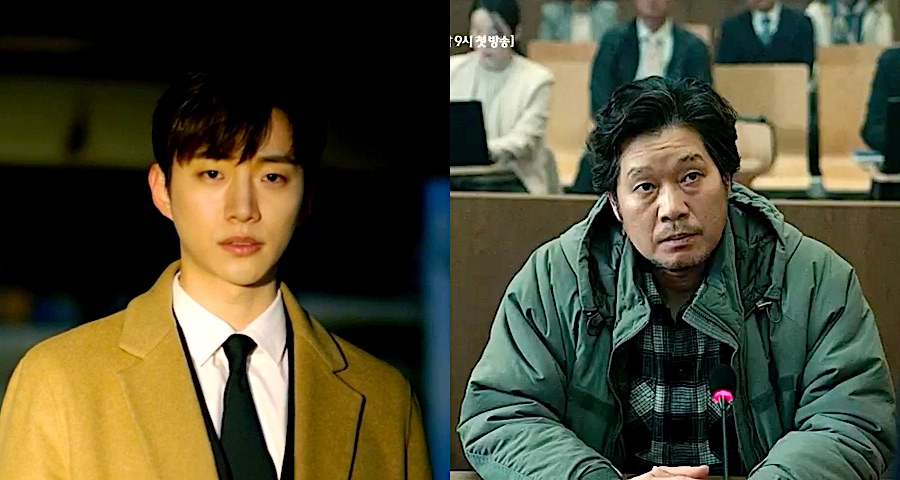 Teaser trailer #4 & #5 added for upcoming tvN drama series “Confession” starring Lee Joon-Ho (2PM), Shin Hyun-Bin and Yoo Jae-Myung. Teaser #4 features Lee Joon-Ho as attorney Choi Do-Hyun. He provides narration in the teaser and says in Korean “A case which received a verdict cannot be tried again. This is the law prohibiting double jeopardy. That is the law and reality. That is why the verdict is more important than the truth.” Teaser #5 features Yoo Jae-Myung as Ki Choon-Ho. He states in the teaser “Because of the law prohibiting double jeopardy, if the true culprit receives a not guilty verdict then he is forever not guilty. That is why I have to catch the true culprit.”

Below are the first still images of Lee Hoon-Ho and Yoo Jae-Myung in the drama series. “Confession” first airs March 23, 2019 in South Korea.