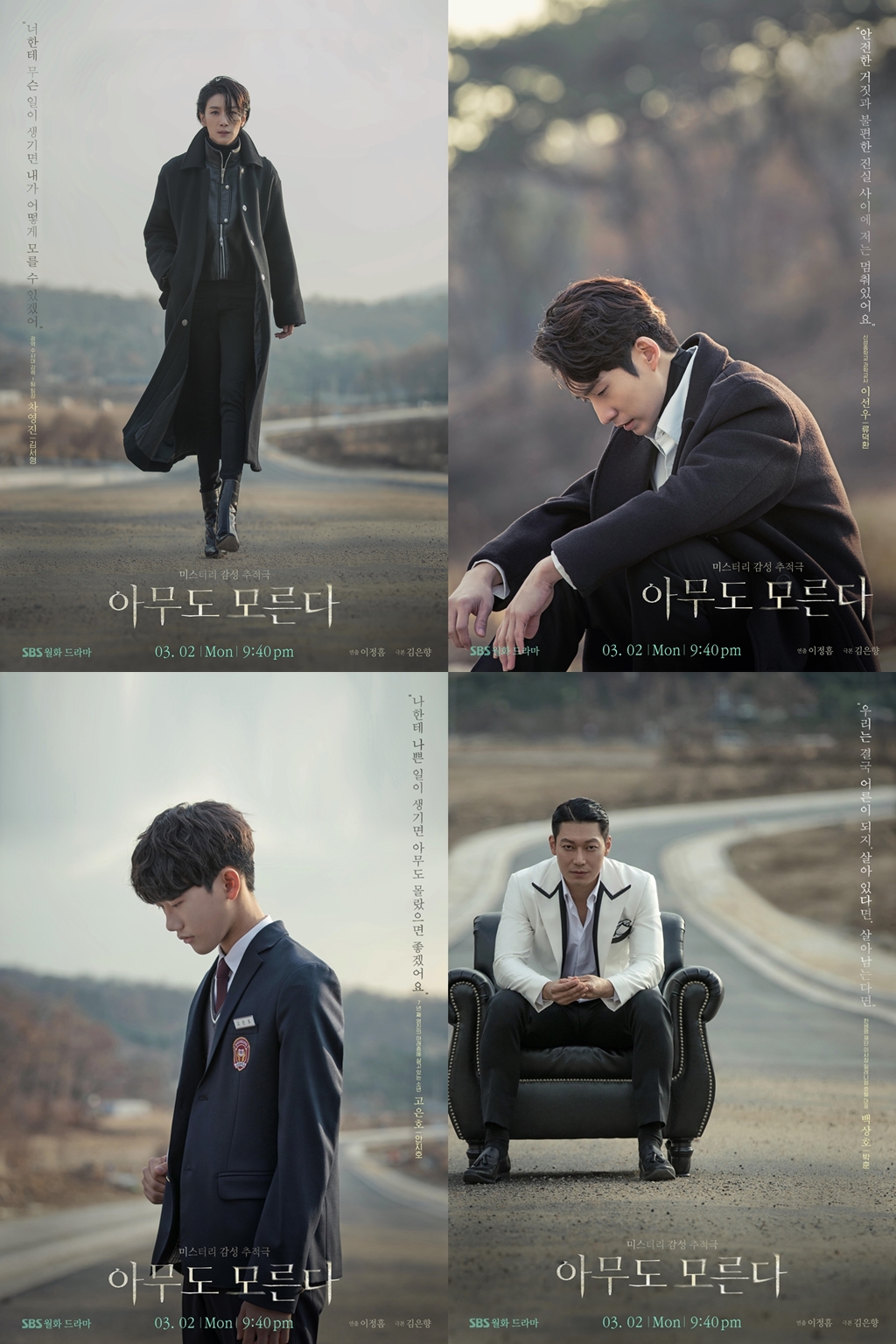 Teaser trailer #2 and posters added for SBS drama series “Nobody Knows” starring Kim Seo-Hyung, Ryu Deok-Hwan, Park Hoon, and Ahn Ji-Ho. Teaser trailer #2 has captions that states (0:23) “Even though you can not tell” and (0:34) “I will help you.” Meanwhile above are character posters of the four leads in the drama series. Below is a group featuring 14 cast members from the drama series. Caption on the group poster states “Everything is connected, but nobody knows.”