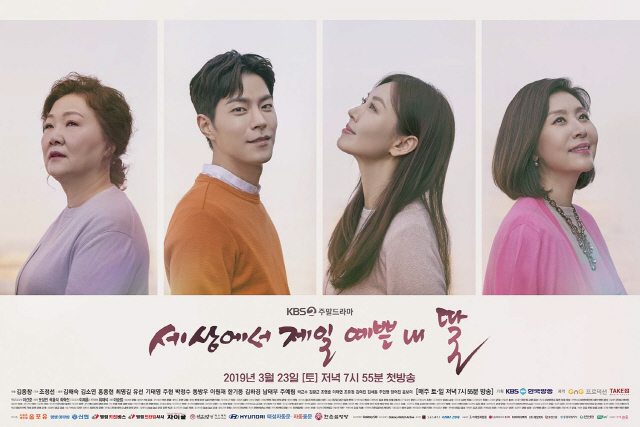 Teaser trailer #2 added and here’s 3 teaser posters for upcoming KBS2 drama series “Mother of Mine.” The drama series follows the love-hate relationship between a mother (Kim Hae-Sook) and her three adult daughters (played by Kim So-Yeon, Yoo-Sun and Kim Ha-Kyung).

“Mother of Mine” will take over KBS2’s Saturday and Sunday 8pm time slot on March 23, 2019. It’s predecessor “My Only One” is consistently ranked #1 in its time slot and most recently hit 49.4% nationwide viewership ratings.