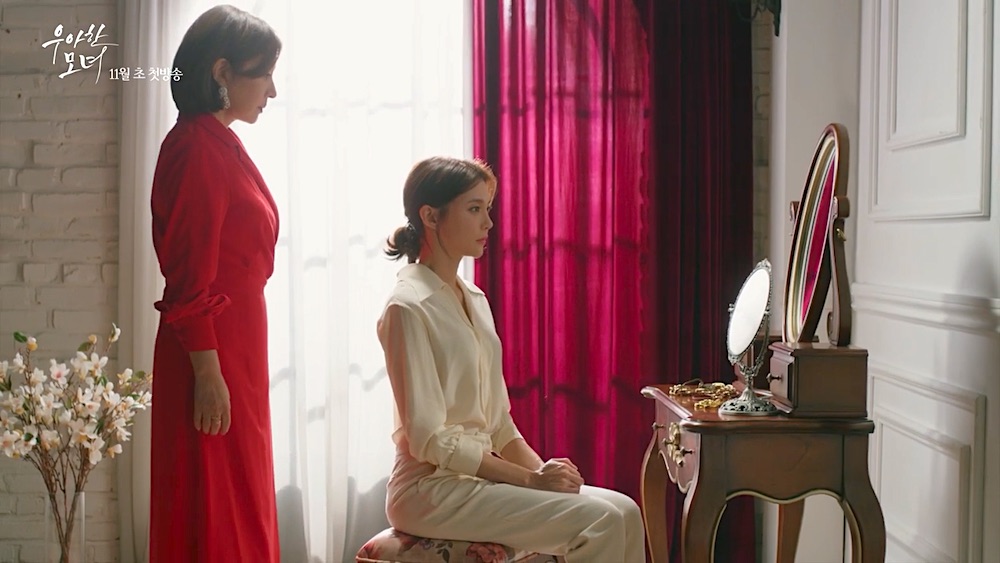 First teaser trailer added for KBS2 weekday evening drama series “Gracious Revenge” starring Choi Myoung-Gil and Cha Ye-Ryun. The teaser trailer begins with Cha Ye-Ryun’s voice stating in Korean “Mother, I will do well. Mother, just stand behind me and watch me. How I will get revenge on them.” Choi Myoung-Gil’s voice then appears and she replies “Yes .. gracefully.” Meanwhile, photos below are from the script reading for the drama series which took place September, 2019 at KBS Annex Broadcasting Station in Yeouido, South Korea.