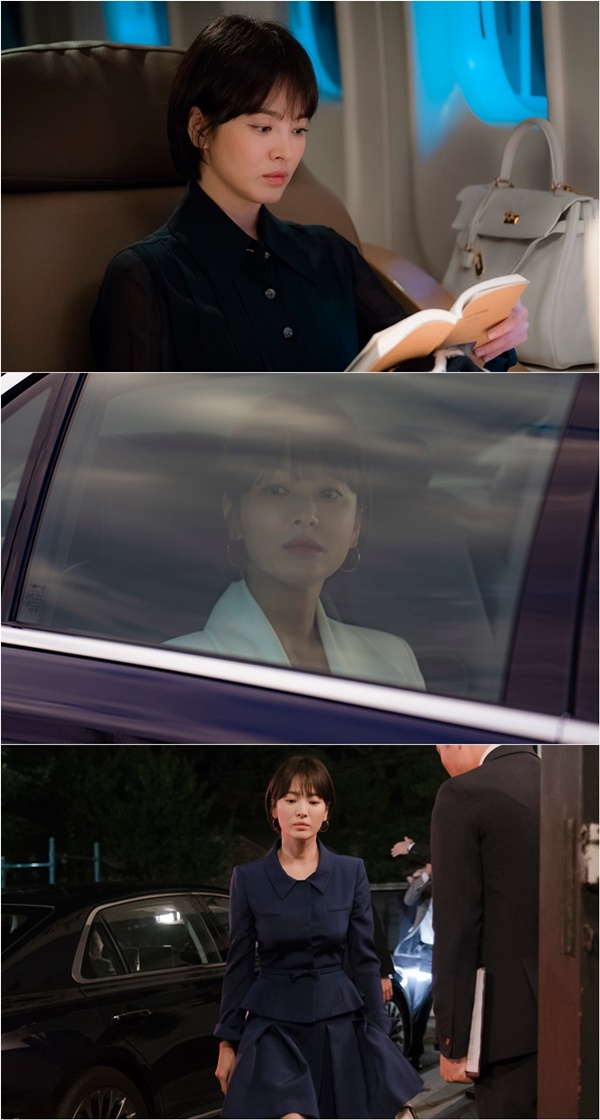 Here’s the first still images of Song Hye-Kyo in upcoming tvN drama series “Encounter” (English title) co-starring Park Bo-Gum. The literal title of the drama series is “Boyfriend” (“Namjachingoo”). In the drama series, Song Hye-Ko plays Cha Soo-Hyun. Due to her politician father, she has never lived her life under her free will. She is a hotel CEO and the ex-daughter-in-law of a chaebol family. She meets an ordinary man played by Park Bo-Gum.