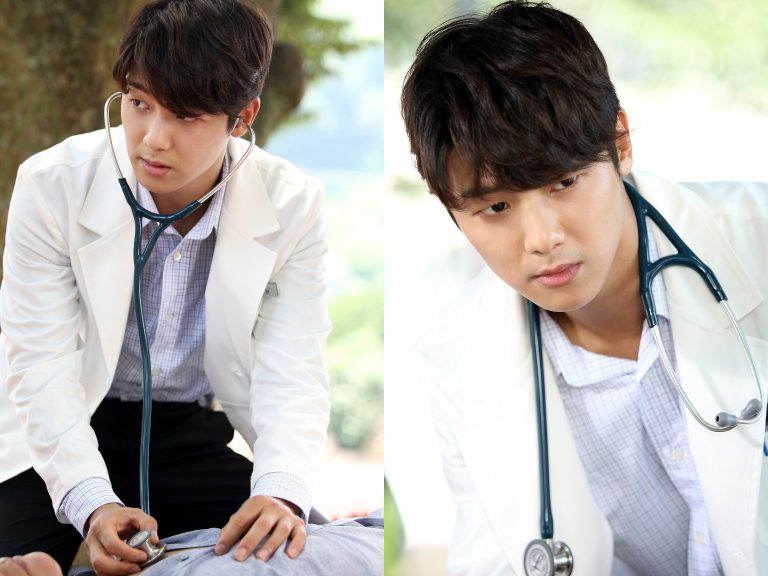 Here’s the first still images of images of Kang Min-Hyuk (‘CNBLUE’) in upcoming MBC drama series “Hospital Ship” co-starring Ha Ji-Won. In the drama series, Kang Min-Hyuk plays a public health doctor (a doctor who serves a rural area without doctors instead of serving in the military). His character has a warm heart and he grows up as a doctor after he meets Song Eun-Jae (Ha Ji-Won). This is the first time Kang Min-Hyuk has portrayed a doctor. To prep for his role, he has visited hospitals and practiced with doctors. He also learned medical terms and other medical information to better portray his character.