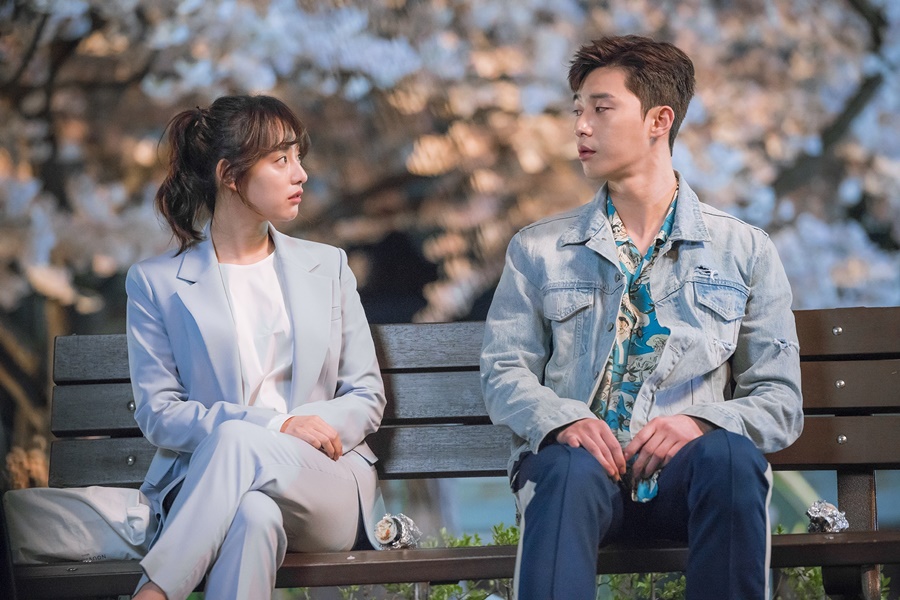 Here’s the first still image from upcoming KBS2 drama series “Fight for My Way” starring Park Seo-Joon & Kim Ji-Won. The still image is of Park Seo-Joon and Kim Ji-Won filming a scene that was shot under cherry blossom trees. Their characters are best friends, but they develop romantic feelings for each other.