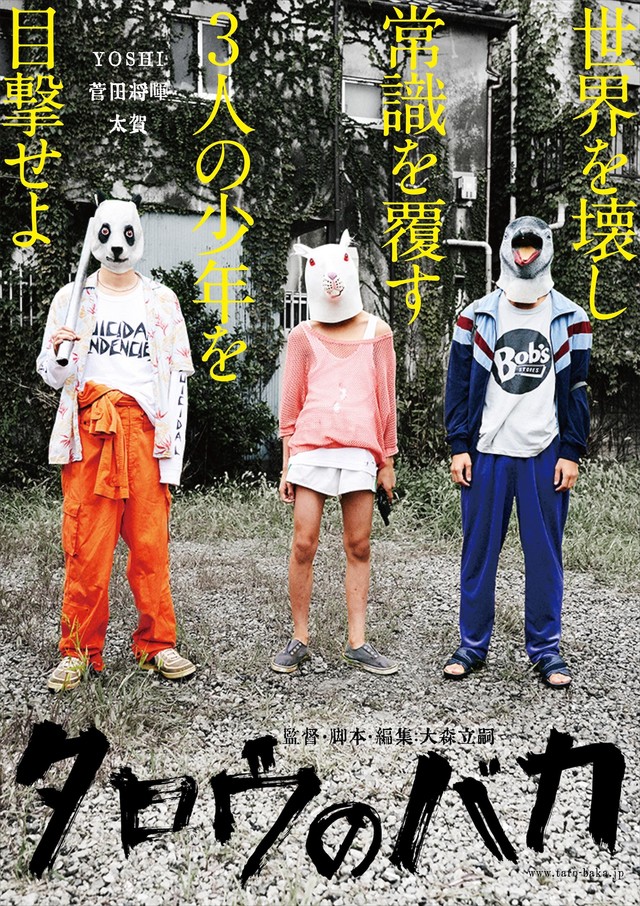 Here’s the first teaser poster for upcoming movie “Taro the Fool” starring newcomer Yosihi. The poster has two additional persons besides Yoishi and they are newly announced cast members Masaki Suda and Taiga. The film is scripted and directed by Tatsushi Omori. Yoishi was first cast for the film after taking part in auditions involving 300 other applicants. Prior to this, 16-year-old Yoishi worked as a model.

“Taro the Fool” will be released sometime this autumn in Japan.